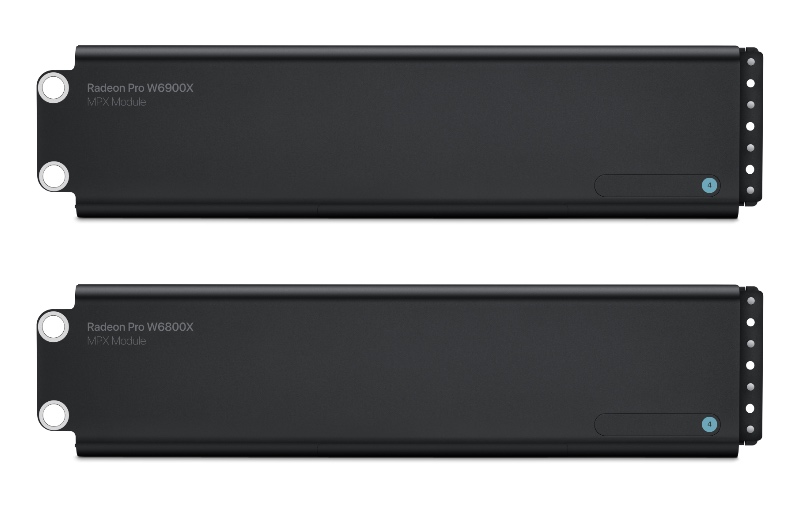 The Mac Pro supports up to two MPX graphics modules and with these new upgrades, can get deliver up to 60 teraflops of graphics performance.

Here's a quick overview of the new modules and their performance.

In case you were wondering, the Radeon Pro W6800X Duo is really two GPUs crammed into a single module – hence the high performance. However, these are just theoretical figures, actual performance might vary depending on how efficiently your application can take advantage of multi-GPU graphics modules. This also partly explains the Radeon Pro W6900X's higher price.

Each graphics module also adds four Thunderbolt 3 ports and an HDMI 2.0 port to the Mac Pro.

These new graphics modules will replace the old Vega II MPX modules and will be offered as order options for new Mac Pro orders as well as upgrade kits for existing Mac Pro owners.