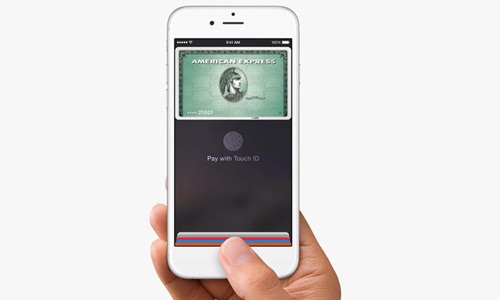 Besides opening its first retail store in Singapore next year, Apple is also bringing its mobile payment service, Apple Pay to the country.

According to MacRumors, Apple CEO Tim Cook revealed this plan during the company's earnings call earlier today. Apple will be working with American Express to bring Apple Pay to customers in "key global markets" which include Canada and Australia later this year, Spain, Singapore and Hong Kong in 2016.

Apple Pay was launched in the U.S last year alongside the iPhone 6/6 Plus and Apple Watch. It offers an easy, secure and private way of making payment with Touch ID. At launch, It supported credit and debit cards from the three major payment networks - American Express, MasterCard and Visa. Some of the retailers in the U.S which support Apple Pay include SUBWAY, Toys”R”Us, McDonalds and Nike.

Join HWZ's Telegram channel here and catch all the latest tech news!
Our articles may contain affiliate links. If you buy through these links, we may earn a small commission.
Previous Story
Microsoft confident Rise of the Tomb Raider can stand against Fallout 4
Next Story
What does the best Z170 motherboard from ASUS look like? (Updated)