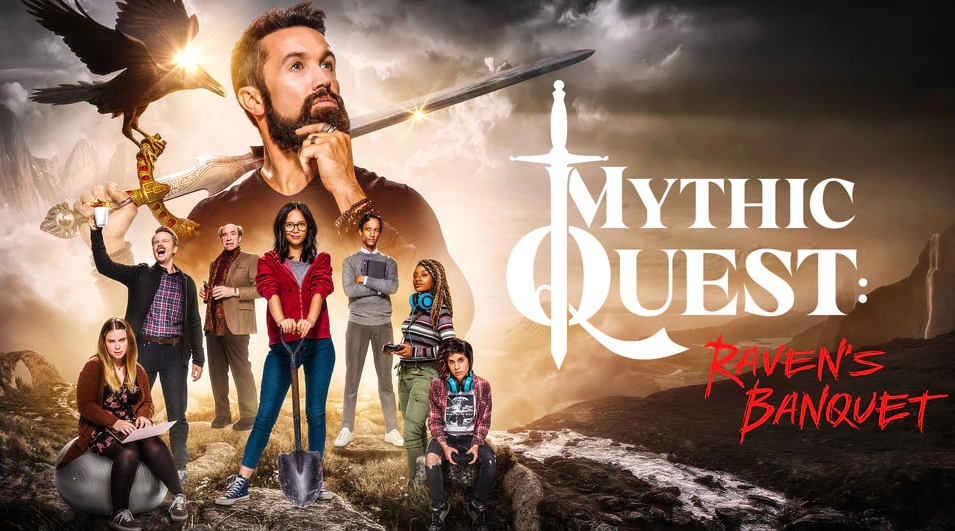 At the end of "Mythic Quest" season two, we see Ian (Rob McElhenney) and Poppy (Charlotte Nicdao) getting involved in a studio shakeup.

According to an Apple press release, season three sees "Ian and Poppy navigate the gaming world and their partnership at the newly formed GrimPop Studios, Dana is forced to play mediator to her bosses’ incessant bickering.

"Back at Mythic Quest, David settles into his new role as the boss where he truly finds himself in charge for the first time with Jo returning as his assistant — more loyal and militant than ever; and Carol attempts to figure out where she fits in after a new promotion. At Berkeley, Rachel struggles to balance her morals with capitalism, while a post-prison Brad tries to return to society as a reformed man."

The 10-episode third season will premiere with the first two episodes on Friday, November 11, followed by one new episode weekly through January 6, 2023.

Join HWZ's Telegram channel here and catch all the latest tech news!
Our articles may contain affiliate links. If you buy through these links, we may earn a small commission.
Previous Story
Intel rumoured to be cutting thousands of jobs amidst a major slowdown in the PC market
Next Story
MediaTek's Dimensity 1080 chip comes with 200MP camera support