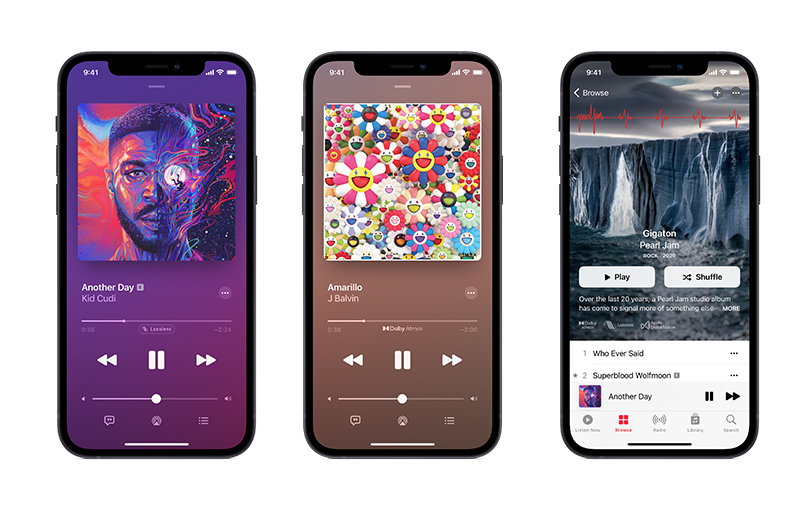 Apple's just-announced Spatial Audio with Dolby Atmos on its Apple Music platform will also be compatible with headphones/earphones from other brands, and not just limited to its own AirPods, AirPods Pro and AirPods Max. According to Apple, there's no limitation in the hardware or software for third-party support. There's just one slight difference though, when using any of the AirPods model.

When paired with an AirPods Max, for example, Apple Music will play your tracks on Dolby Atmos (more on that below) automatically, which you can also turn off if you prefer to play them on stereo. But if you are going to play them with, say, Sony's WH-1000XM4, or any other headphones, then you will need to set the Dolby Atmos setting to "Always On" because it will not turn on automatically.

What about audio content to enjoy Spatial Audio on Apple Music?

At launch, Apple has told us that there will be "thousands" of tracks encoded in Dolby Atmos available. But they are already working closely with artists and studio engineers to continue adding more Atmos-ready content in the future.

If you're wondering about how existing tracks in Apple Music that weren't encoded in Dolby Atmos in the first place works, Apple has also revealed that artists have already remixed, if not will be remixing, their original recordings for Dolby Atmos. For instance, Giles Martin (son of the legendary George Martin) went back to the original masters of The Beatle's Abbey Road, and remixed it for Atmos.

According to Apple, this is a straightforward process done on software, which admittedly, still requires efforts from the artists and studios. Unlike Lossless (and yes, Hi-Res Lossless will require an external USB DAC), where Apple is essentially making available the same original source bits that they received from studios.