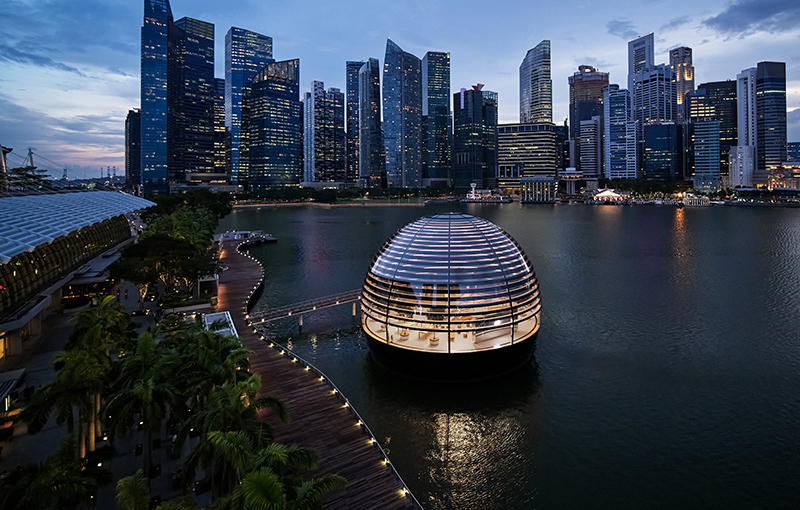 The dome-on-the-water we had seen late last month will soon be unveiled. That's right - the Apple Store at Marina Bay Sands will be open to the public for retail come 10 September 2020.

"We couldn't be more excited to open the breathtaking Apple Marina Bay Sands in Singapore, building on our commitment to this special place that began more than 40 years ago," said Deirdre O'Brien, Apple's senior vice president of Retail + People. "Our passionate and talented team is ready to welcome this community to our new store and deliver the care and support that our customers around the world love." 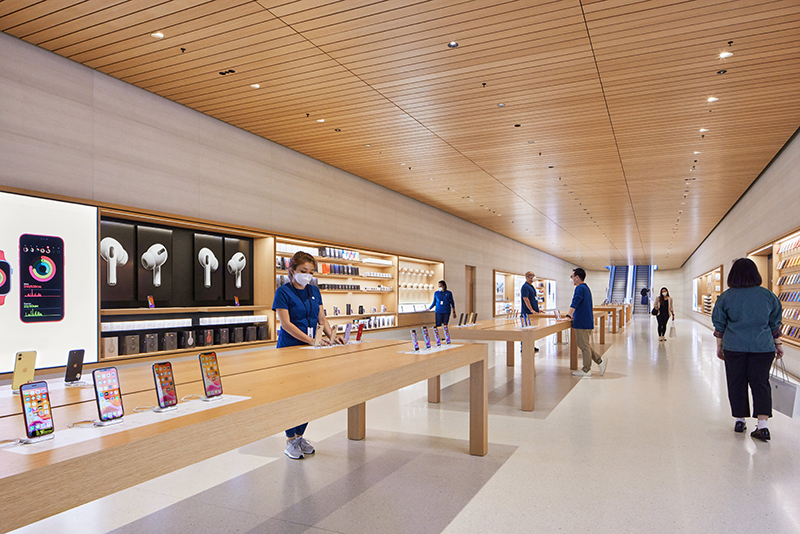 Visits to Apple Marina Bay Sands are by-appointment-only because of the ongoing measures to curb the pandemic. To get a slot, visitors will need to go to https://www.apple.com/sg/retail/marinabaysands/ to pick an available time. Each reservation admits one person, and it's non-transferrable. Apple Marina Bay Sands's 148-person team (who collectively speak 23 different languages) will be implementing local health measures on-site, which includes the wearing of masks, temperature checks, and social distancing. 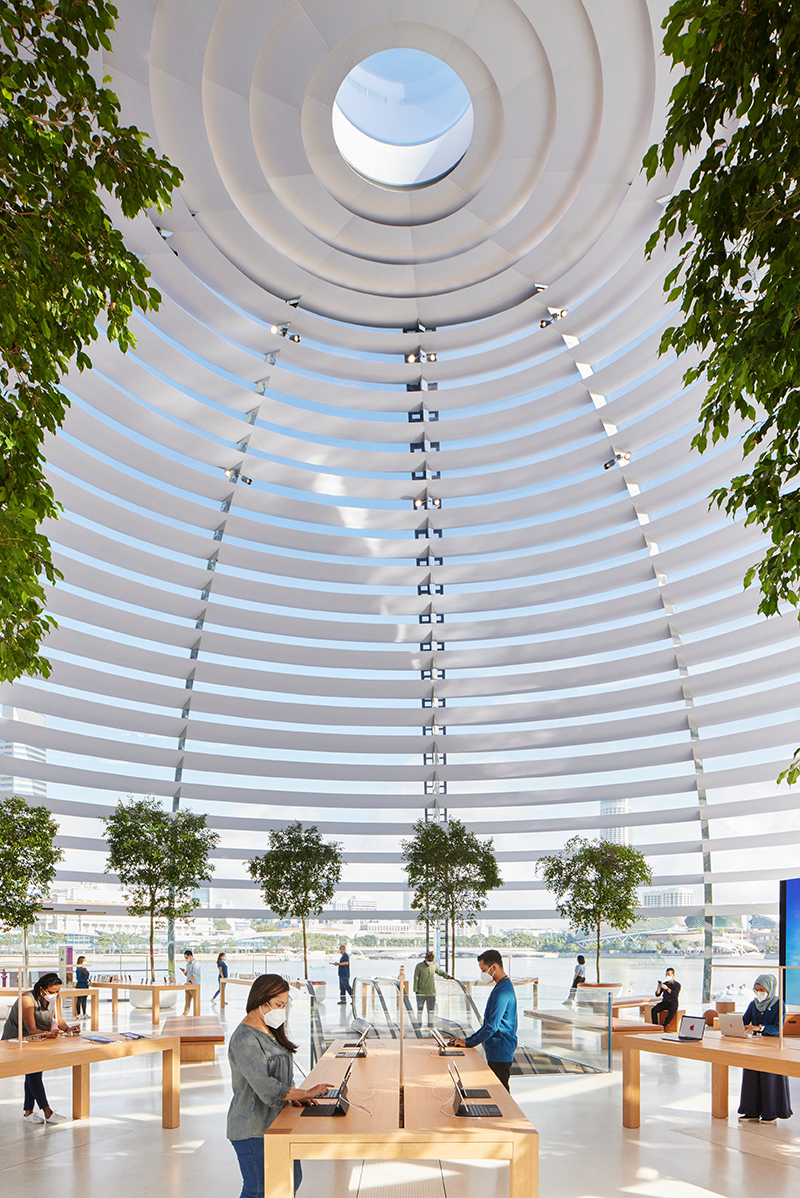 According to Apple, Apple Marina Bay Sands features a 360-degree view of Singapore's skyline, and its iconic sphere is an all-glass dome structure that's fully self-supported. It comprises of 114 pieces of glass, using only ten mullions to for structural connection. The Pantheon in Rome was the inspiration behind Apple Marina Bay Sands, where the top of the dome lets in a dramatic ray of light through its oculus. 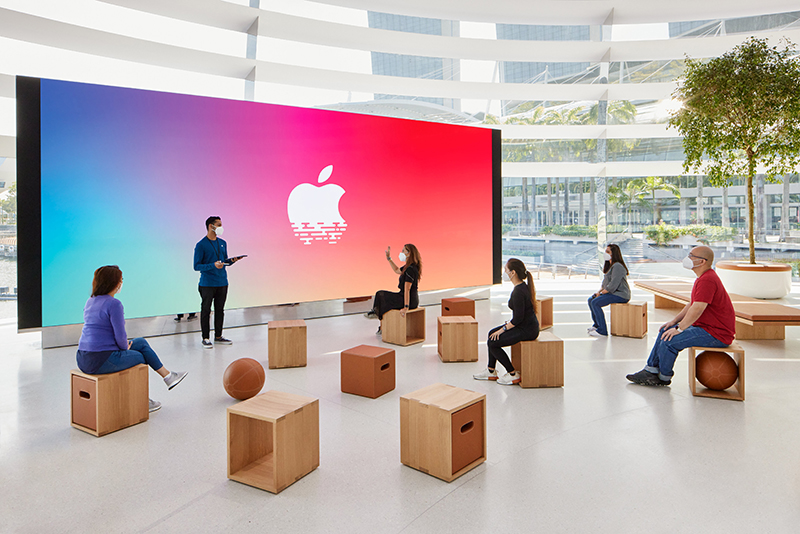 Apple Marina Bay Sands will not only feature Apple products and accessories for sale. The shop will have the brand's technical support team available (called Geniuses). Also, the venue is open to hosting Today at Apple sessions, where they feature local artists, musicians, and creators. Software developers can receive training and advice at the lower, underwater level of the store, called the Boardroom. 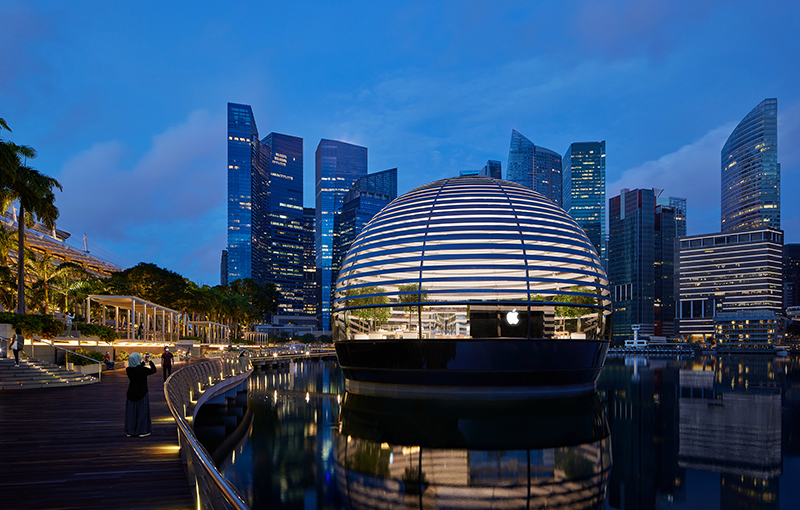 This marks the third Apple store that's open in Singapore. The first in Southeast Asia was Apple Orchard Road, which threw open its doors in 2017. This was followed by Apple Jewel Changi Airport last year.

Join HWZ's Telegram channel here and catch all the latest tech news!
Our articles may contain affiliate links. If you buy through these links, we may earn a small commission.
Previous Story
Sony's new A7S III features new 12MP sensor, does 4K/120p recording, but not 8K (Updated with pricing)
Next Story
The Panasonic Lumix S5 is a full-frame mirrorless camera that won’t weigh you down