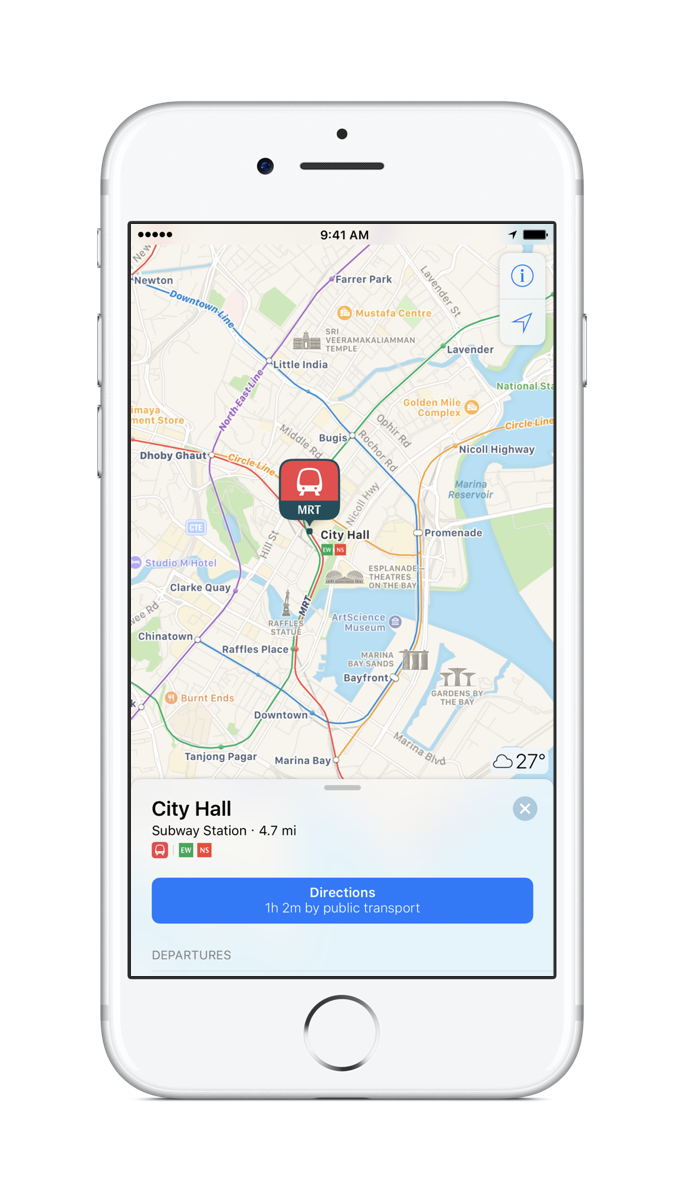 Apple is rolling out an update today for Apple Maps that will add Transit route directions to make traveling on public transport easier than ever. Once your Apple Maps app is updated you'll see an option for Transit within the app. Tap on it and it will show you all of the MRT lines in Singapore, color-coded by line.

Within Transit you can request for directions to get from point A to point B. Transit will offer a step-by-step guide using the most convenient public transport system to get you there (which includes buses and MRT). It will even tell you which is the best MRT exit to take. If you have an Apple Watch, you'll get a vibration alert when your stop is coming up, letting you know it's time to get off. 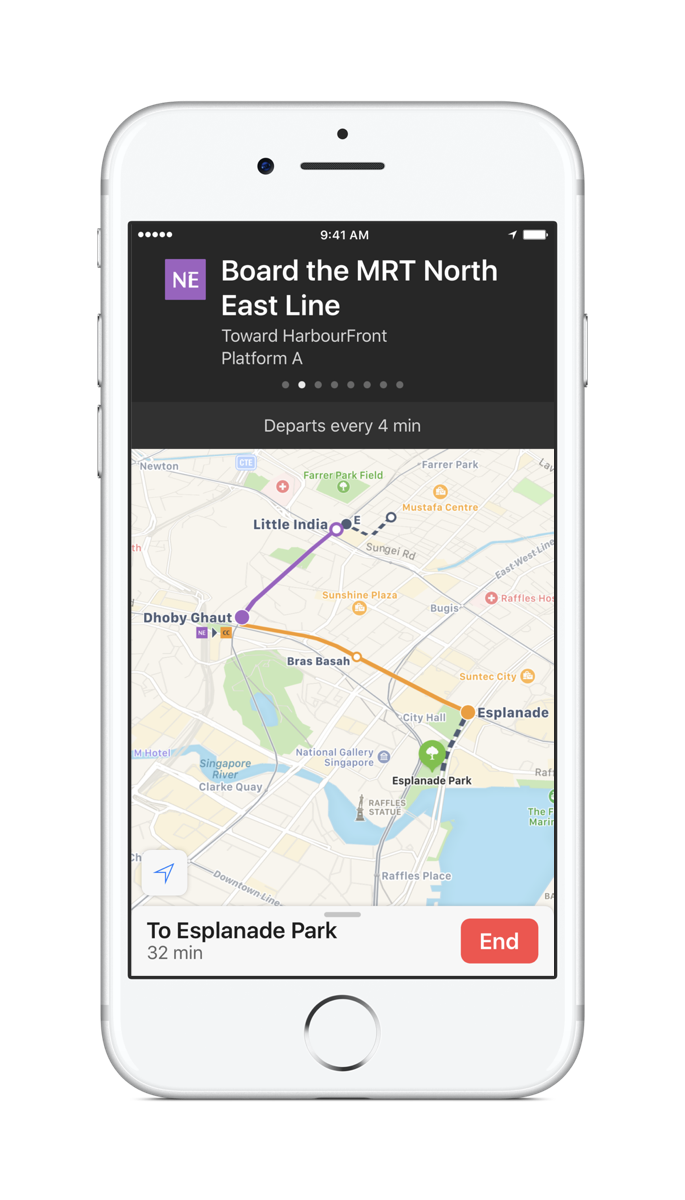 If you're traveling abroad, Transit is also live in the US, UK, China and Japan, as well as over 40 other metro areas globally.

Also launching in this Apple Maps update are designated points of interest around Singapore, each with their own custom icon, including the Buddha Tooth Relic Temple, Gardens by the Bay, Raffles’ Landing Point and the Esplanade. Join HWZ's Telegram channel here and catch all the latest tech news!
Our articles may contain affiliate links. If you buy through these links, we may earn a small commission.
Previous Story
Microsoft ends support for original version of Windows 10
Next Story
Surge in AI expertise forecast spurs NVIDIA to train 100,000 developers in Deep Learning by 2017