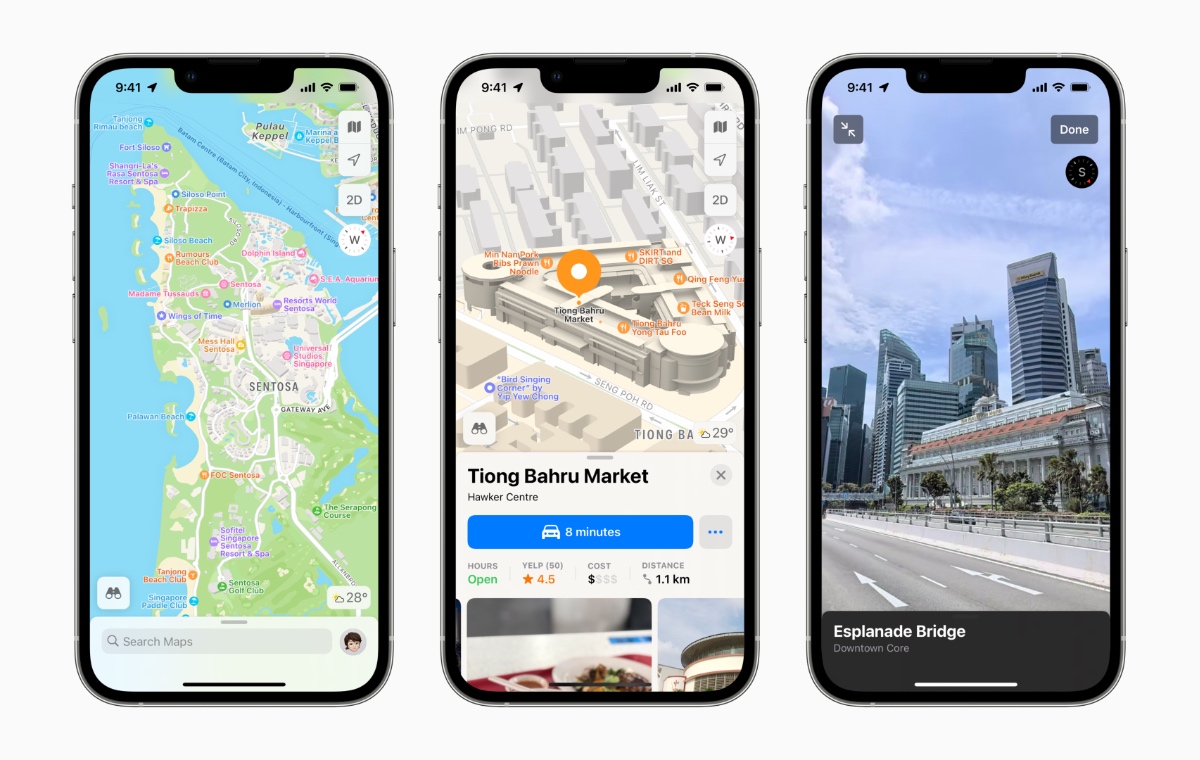 When Apple unveiled iOS 15 last year, one of the big improvements was Apple Maps. To help users navigate better, it features more detailed maps, 3D models, improved driving view, Look Around, and more. However, these features were only available in US cities. 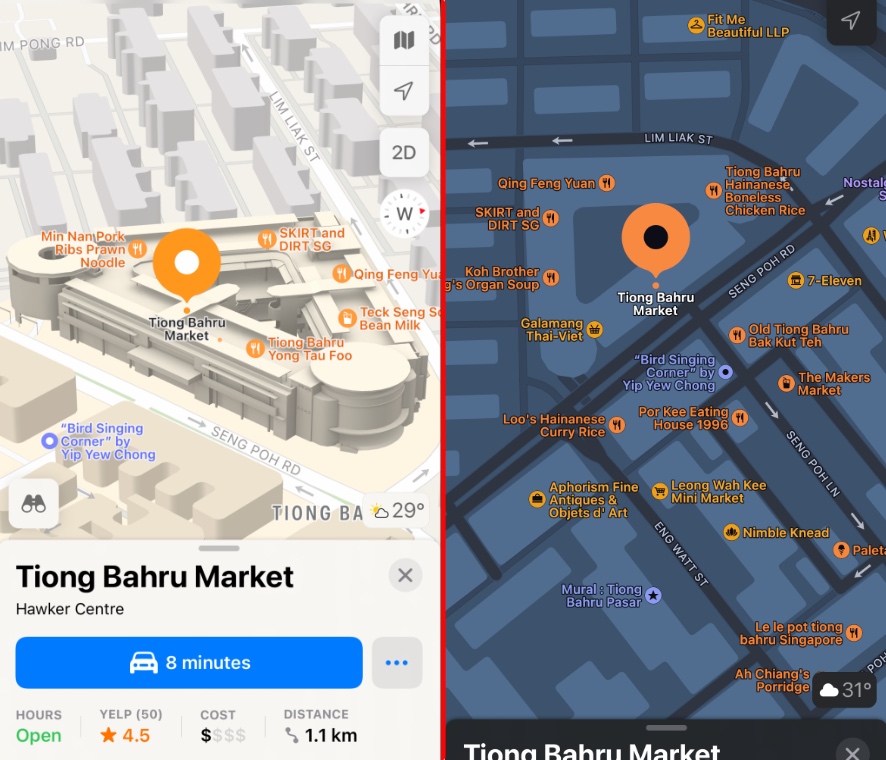 Fortunately, it's finally our turn to get these features. Starting today, Apple is rolling out these improvements to users in Singapore.

For most people, the standout new feature is arguably Look Around, which has been described by some users as Google Street View on steroids. Compared to Street View, Look Around is more fluidly and seamless. This means the jumps in perspectives are not as large and jarring, enabling users to better get a sense of the location. 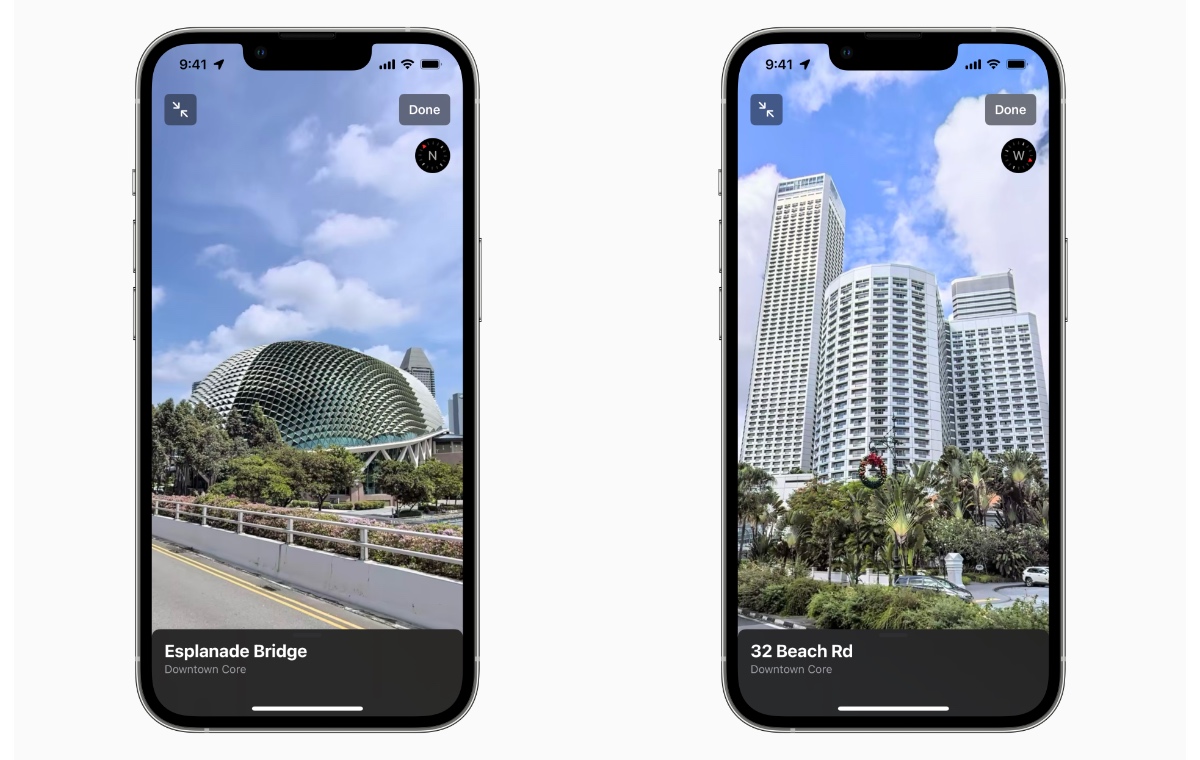 Drivers can look forward to the improved driving view that shows road-level 3D views at complex interchanges and junctions, better lane guidance, and Siri Natural Language Guidance for more natural directions. So instead of something like "Turn left in 500 metres," Siri might say "At the next traffic light, turn left." This is easier for drivers to understand. 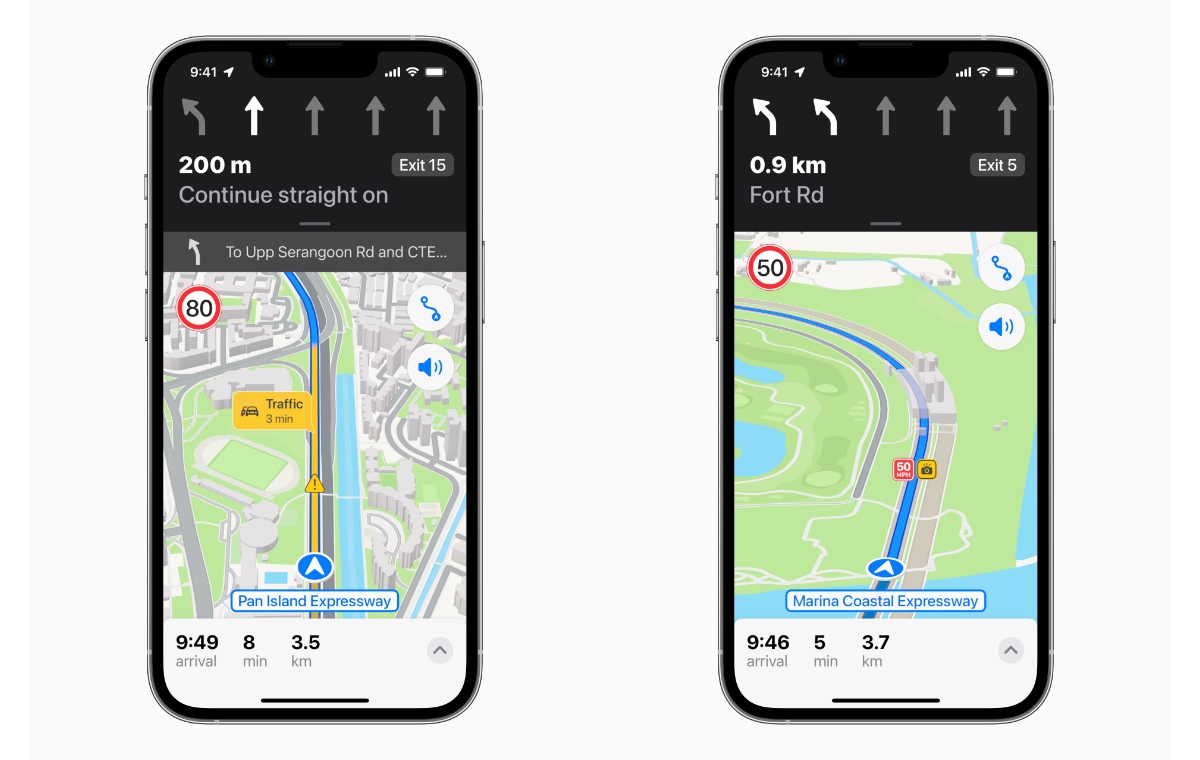 For users who often walk, Apple Maps will now also have step-by-step walking guidance with augmented reality. Users can raise their iPhones to scan their surroundings and Apple Maps will generate detailed directions to clearly show uses where need to go to get to their destination.

Privacy is in a big part of what Apple does and unlike many other navigational and maps apps, no sign-in is required. On top of that, any personalised features like suggesting departure times are done using on-device intelligence. Additionally, any data collected by the Maps app is associated using random identifiers that reset regularly to prevent anyone from identifying users. Furthermore, all queries are generated using a technique called "fuzzing" that prevents the user's exact location from being identified.

Join HWZ's Telegram channel here and catch all the latest tech news!
Our articles may contain affiliate links. If you buy through these links, we may earn a small commission.
Previous Story
New TerraMaster NASs pack in the performance and features
Next Story
Under-display Face ID expected to debut on the Apple iPhone 16 Pro models