The next macOS is called Big Sur, here’s what you need to know (Updated)

The next macOS is called Big Sur, here’s what you need to know (Updated)

Note: This article was first published on 23 June 2020. It was updated hours after publishing to include the list of devices that will run macOS Big Sur. 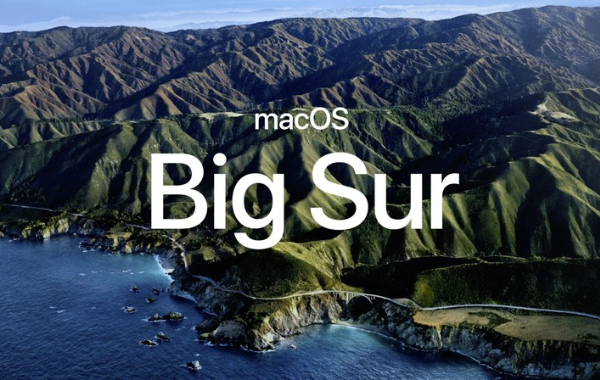 The next macOS is called Big Sur and Apple says it’s the biggest update to macOS yet.

This is in a large part due to the fact that Apple also announced that its Macs will soon make the transition to its own custom processors. 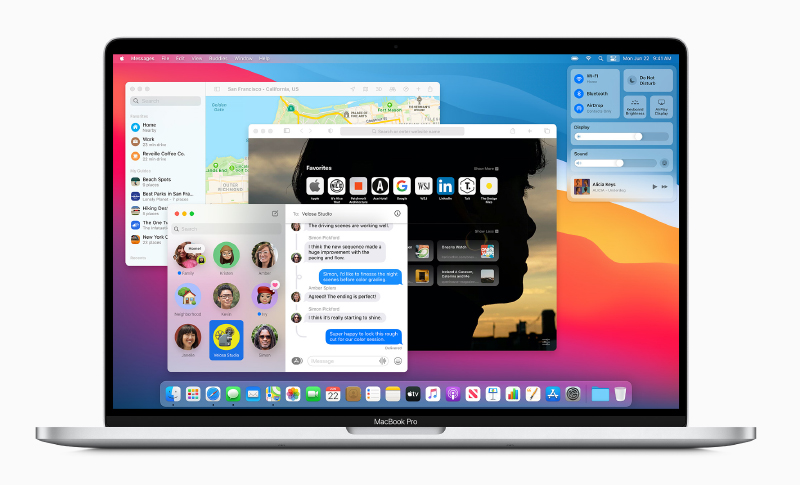 For a start, there’s a big change to the user interface. Menus have changed, sounds have been updated.

From the looks of it, it looks like Big Sur has been heavily inspired by iOS. Some iOS features that are coming to macOS include the Control Center and Widgets. 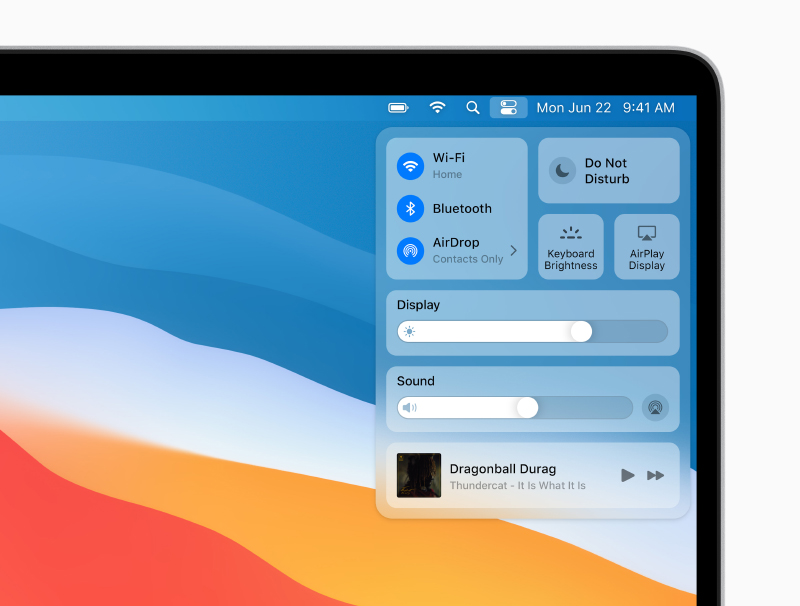 And that seems to be no accident because Apple says they wanted to bring more clarity to the design and they wanted more consistency so users can move easily between various Apple devices.

There's a lot of fancy graphics and translucent menus. No doubt to show off the graphics capabilities of Apple's upcoming Macs with custom processors.

There are also other huge app updates. Arguably the most significant, for me at least, is Messages. For too long, the macOS version of Messages has been a sad shadow of the same app on iOS. Now, Messages on macOS will get, what looks to be, the full suite of features that are found on iOS. And that means Memoji, Effects, pinned conversations, and a more powerful search function. 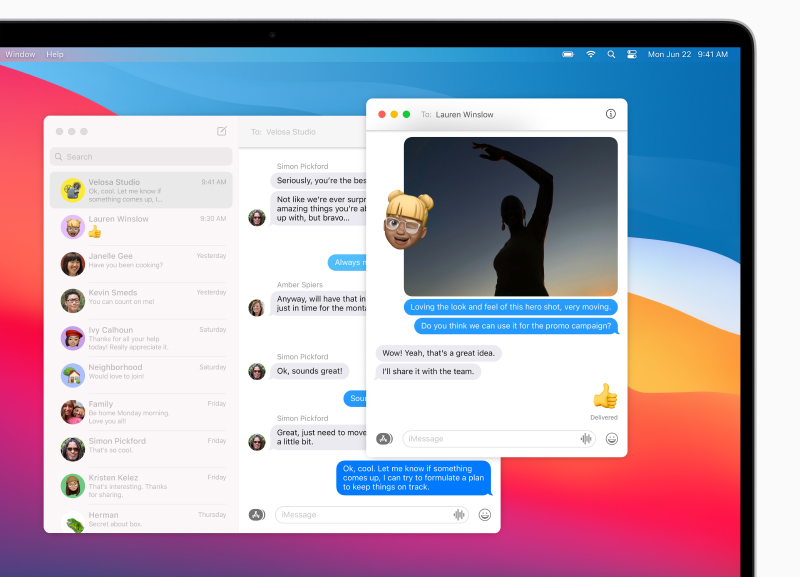 Maps is getting updated too and it looks just like the iPad version. There’s a new design, a sidebar with favourite locations, the ability to create guides, indoor maps, and look around. And if friends share their ETA with you, you’ll be able to see their progress in real-time. 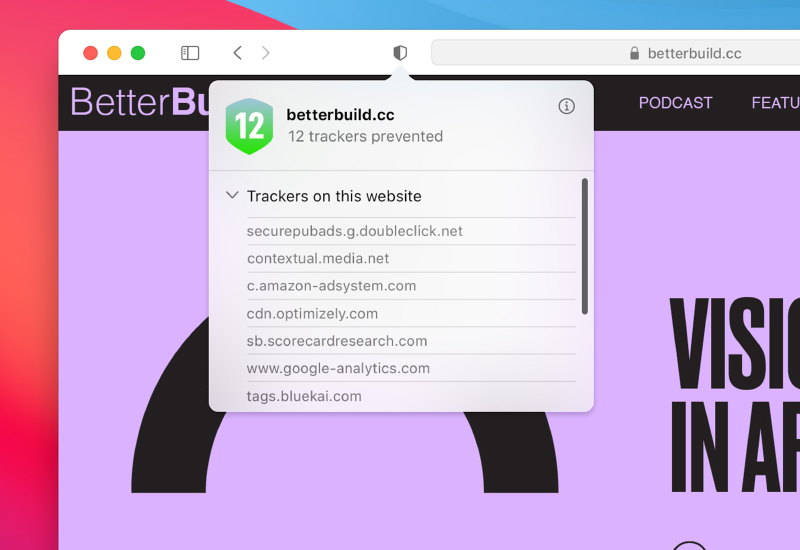 Safari is getting a huge update. To begin, it will be faster. Apple claims it's on average up to 50% faster than Chrome when it comes to opening your frequently visited websites and will deliver “industry-leading” battery life.

There’s also enhanced security features. You can now see a list of what trackers are employed on a website. You can also get a security report when you visit a website. Now, extensions are potential weak links when it comes to security so Apple will be giving greater controls to users. Users will be able to decide which websites can run what extensions, and users can even decide how long to enable extensions on specific websites. 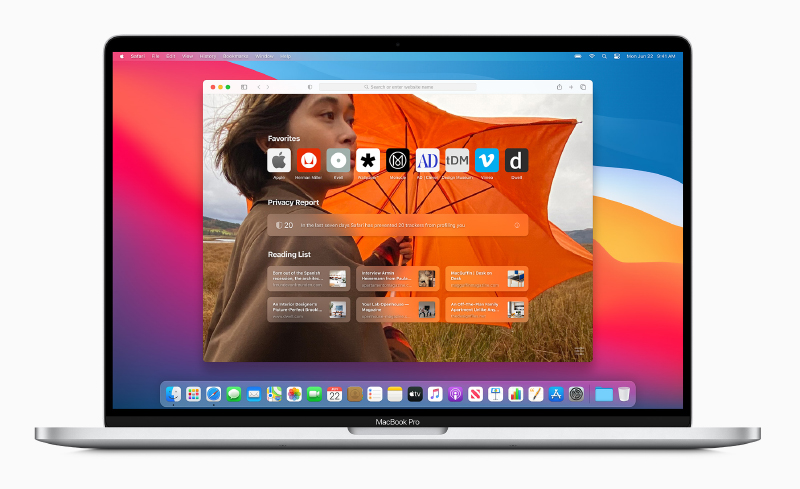 Other new features in Safari include a customisable start page, redesigned tabs (with favicons), the ability to preview tabs, and native translation.

The developer beta of macOS Big Sur will be available today and a public beta will be coming in July at beta.apple.com.

The final version will be available in fall.

Here are the list of devices that will run macOS Big Sur: 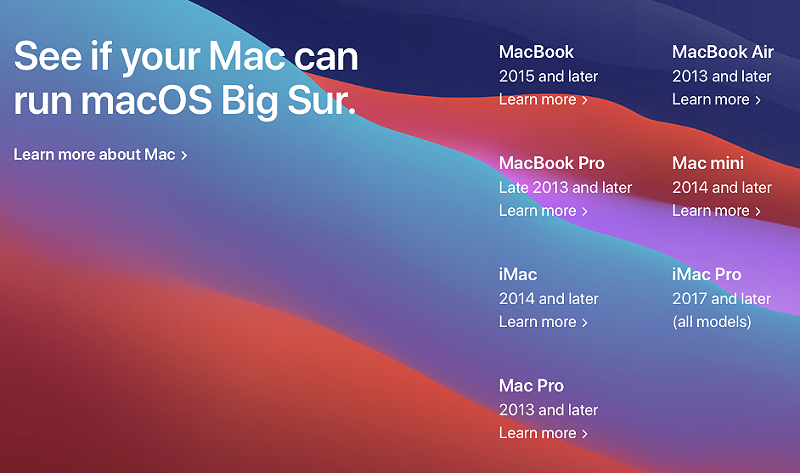 Previous Story
It's happening, Macs will say goodbye to Intel and transition to Apple's own processors
Next Story
Here are the top iOS 14 announcements by Apple as seen at WWDC 2020