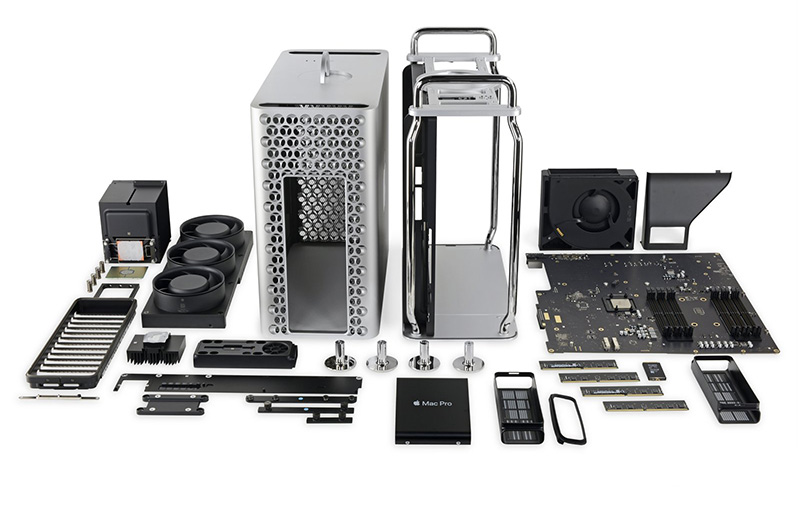 When Apple unveiled the Mac Pro at WWDC 2019 earlier this year, it said that the Mac Pro was designed specifically with professionals in mind.

Apple took the lessons learned from the last Mac Pro and channelled all of it into this new one.

One of the key aspects of the new Mac Pro is that it's been designed to be highly modular and repairable.

This ensures it can be upgraded throughout its lifespan and that it can be fixed should anything go wrong. Users want to know that their investments will last.

And a teardown by iFixit revealed that the new Mac Pro is indeed easily upgradeable and repairable — save for its SSD.

The Mac Pro is said to be easy to open and many components, such as the memory and GPU, can be easily replaced without the need for any tools.

The only downside is the SSD. Though it's modular, it's tied to the T2 chip so you can't simply swap in a new one.

In all, iFixit gave the Mac Pro a repairability score of 9 out of 10, which is a first for Apple.

Most Apple devices typically have poor repairability scores. For example, the recently released 16-inch MacBook Pro scored just 1 out of 10.

You can see more of what makes up a Mac Pro in the link below.

Join HWZ's Telegram channel here and catch all the latest tech news!
Our articles may contain affiliate links. If you buy through these links, we may earn a small commission.
Previous Story
The Kirin is an affordable wireless mechanical keyboard from Singapore startup Tempest
Next Story
Star Wars: The Rise of Skywalker movie ticket bundles are available now