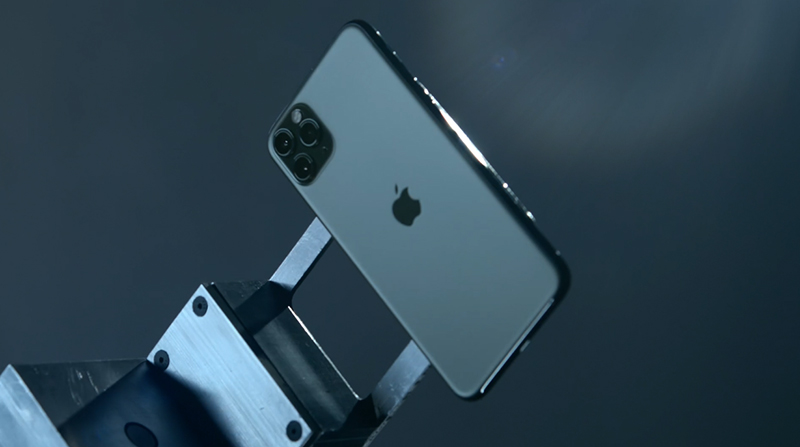 Apple today revealed the iPhone 11 Pro and Pro Max, its next-generation iPhones that it hopes will provide you with a compelling reason to upgrade. To no one's surprise, they look pretty similar to last year's iPhone XS and XS Max, despite them being non-S models. However, there's one major design change – they now come with three rear cameras and a square camera module. 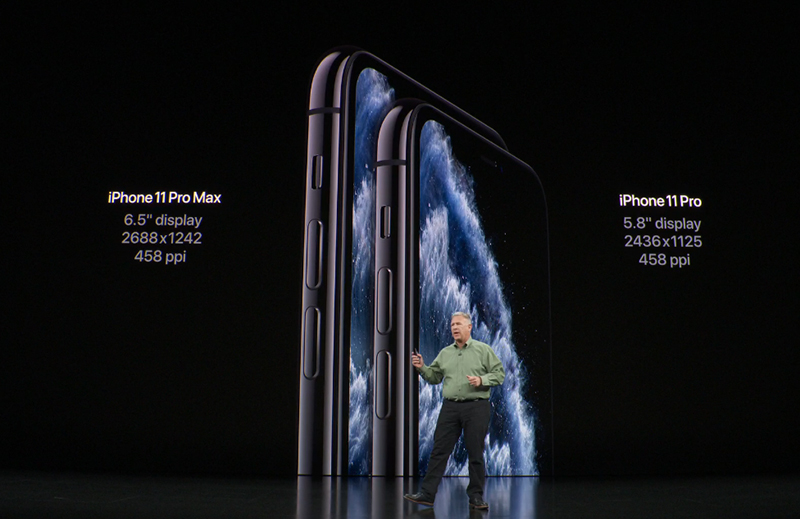 Having said that, Apple is trying to make up for the lack of obvious design differences by highlighting the upgraded imaging and video prowess. That's reflected in the new naming scheme as well. These are the first iPhones to bear the Pro moniker, and the company says that's because they are also the first to have a proper pro-grade camera system.

The triple camera system comprises 12MP ultra-wide, wide, and telephoto lenses (2x zoom), each of which is capable of shooting 4K video at 60fps, in addition to supporting an extended dynamic range and video stabilisation. The new addition of the 120° ultra-wide lens looks like it'll be great for dramatic landscape shots or architecture photos, giving you a bit more flexibility when it comes to framing your picture.

The telephoto lens also features a larger f/2.0 aperture that can let in 40 per cent more light than the iPhone XS for better photos and videos. 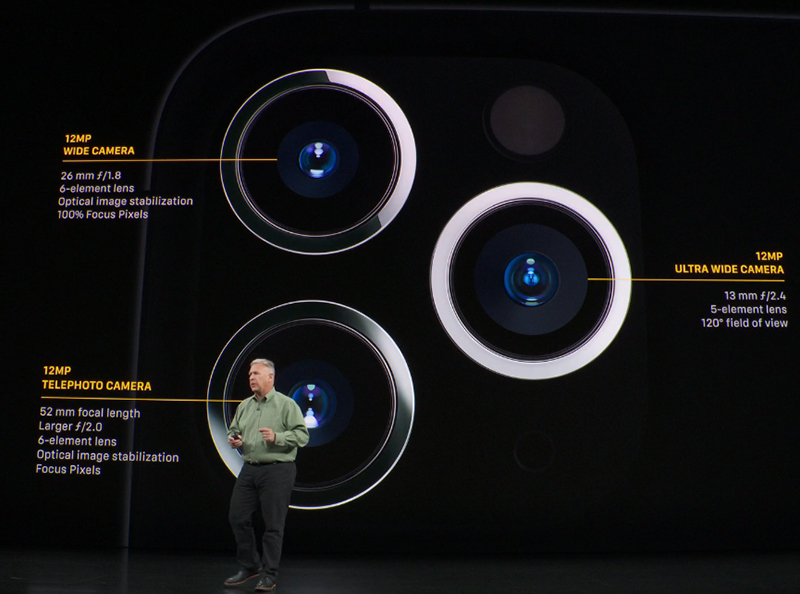 In addition, Portrait mode can take advantage of the new ultra-wide lens too, and you can now choose between wide and telephoto framing, where the former lets you fit in more people into a single shot.

Another significant addition is the dedicated Night mode to improve imaging performance in poorly lit scenes. The feature turns on automatically in the dark, and it helps to bring out the detail in the shadows, much like the Night modes we've seen on Android phones before this.

Apple is also jumping on the computational photography bandwagon. It showed off a sneak peek of something called Deep Fusion, which shoots nine images comprising four short images, four secondary images, and one long exposure. The long exposure only happens after you press the shutter button, and all these images are then combined to produce a more detailed and cleaner picture. Deep Fusion won't be available at launch, but Apple says it will arrive in a software update later this year.

Most of the upgrades take place under the hood, and the display is seeing some big upgrades as well. Apple is now using a new OLED panel that goes up to an eye-searing 1,200 nits for brightness (when viewing HDR content) and a 2,000,000:1 contrast ratio. It's also supposedly 15 per cent more energy efficient. Apple is giving this screen a new name as well, christening it the Super Retina XDR display (following the new naming convention since the announcement of Apple's Pro Display XDR display at WWDC earlier this year). 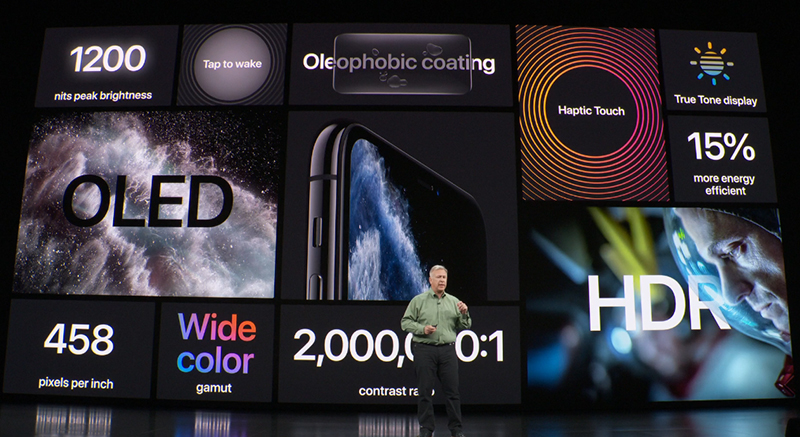 On the exterior, Apple says that the glass is sculpted from a single solid sheet and is the toughest glass ever to be used on a smartphone. The glass back also features a new matte texture and the phones now come in four different finishes, including space grey, silver, gold, and a new midnight green.

Of course, the iPhone 11 Pro and Pro Max are also debuting with Apple's new A13 Bionic chip. It goes without saying that Apple is billing this as the fastest CPU and GPU in a smartphone, where it's reportedly up to 20 per cent faster than the A12.

Battery life hasn't suffered however, and Apple claims the iPhone 11 Pro has four more hours of battery than the iPhone XS, while the Pro Max has five more hours over the XS Max.

Read Next (4): Exclusive games through the new Apple Arcade, coming to Singapore

Join HWZ's Telegram channel here and catch all the latest tech news!
Our articles may contain affiliate links. If you buy through these links, we may earn a small commission.
Previous Story
The new Apple Watch Series 5 is announced with a pathos-laden video that tugs at your heart strings
Next Story
Apple Arcade will arrive on 19 September for S$6.98/mth