Note: This article was first published on 11th September 2019 and is now re-published as the iPad is now available for purchase locally. 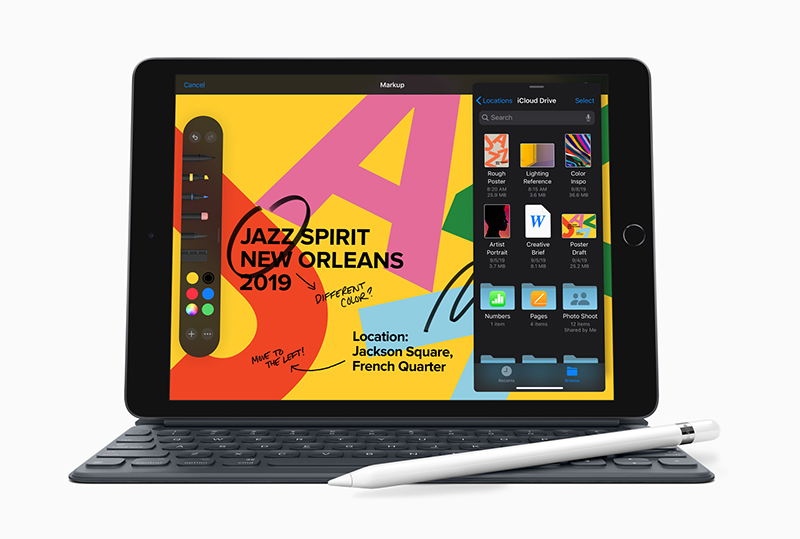 The new 7th generation Apple iPad features a 10.2-inch Retina display and is powered by the A10 fusion chip. The display has nearly 3.5 million pixels and a wide viewing angle for immersive user experience. The tablet is touted to be twice as fast as a modern Windows laptop.

This upgraded tablet builds on its strength as the most popular iPad in the company’s stable. It ships with iPadOS, which allows new ways to multitask and perform office productivity tasks. It also extends its functionality with support for full-size Smart Keyboard and Apple Pencil. 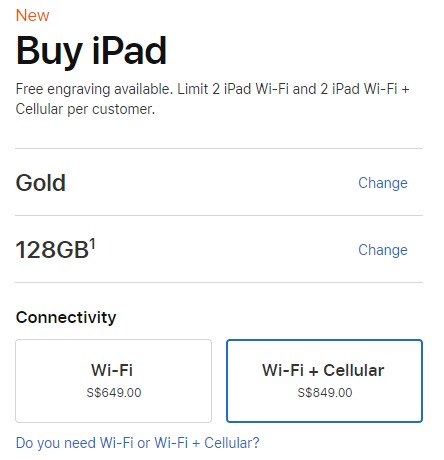 It comes in silver, space gray and gold finishes, in 32GB and 128GB configurations. It’s available for order in the United States, and more than 25 other countries and regions - including Singapore. The 7th-gen iPad is expected to be in stores from 30th September this year. Shopping links are as follows:-

Additionally, the new Smart Keyboard is a full-size keyboard that connects to the 10.2-inch iPad through its Smart Connector. It will be available for purchase separately for S$248 with layouts for over 30 languages, including simplified Chinese, French, German, Japanese and Spanish. Polyurethane Smart Covers are available for S$75 for iPad in charcoal grey, white, pink sand and a new Alaskan blue.

Don't forget that you can jazz up your entertainment options with the new Apple Arcade and Apple TV+ service options.

Read Next (1): Hands-on with the 7th generation iPad, Apple's most affordable tablet

Read Next (5): Exclusive games through the new Apple Arcade, coming to Singapore