Apple introduces iPhone 6 and iPhone 6 Plus

Apple introduces iPhone 6 and iPhone 6 Plus

Updated 3AM, 10th September: Here are the Singapore prices for the iPhone 6 and 6 Plus: 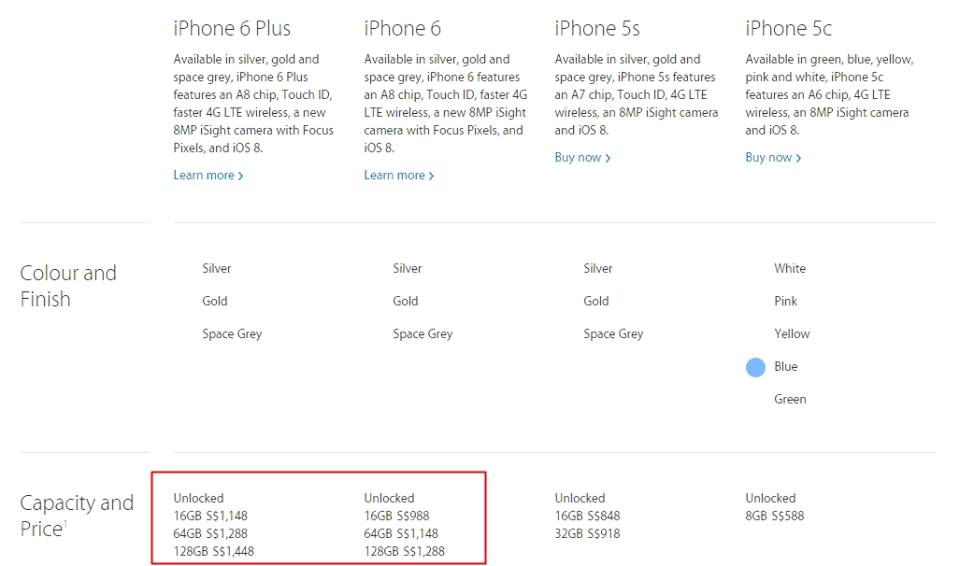 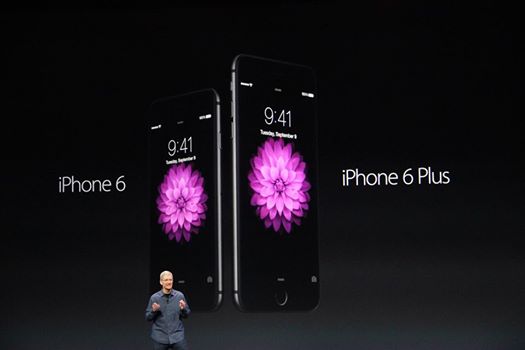 After months of speculation, Apple unveiled two new iPhone models at the Flint Center in Cupertino today. The long-rumored iPhone 6 will come with a 4.7-inch screen, while the iPhone 6 Plus will have a 5.5-inch display.

The new devices are an acknowledgement from Apple that smartphone usage habits have changed since Steve Jobs first unveiled the iPhone back in 2007. Jobs once said that "no one's going to buy a big phone" arguing that "you can't get your hand around it" and famously saying that the 3.5-inch iPhone was the perfectly proportioned gadget: small enough to be comfortably held and operated with the fingers on one hand.

The change to much larger display sizes falls in line with the strategy Android manufacturers like Samsung have been employing with its Galaxy and Note range of devices. Apple CEO Tim Cook said the new devices were “the biggest advancement in the history of iPhone.”

Along with the larger display size, the new devices also sport a new design. Both models feature rounded sides, similar in style to the iPad Air and iPad Mini. They're also the thinnest phones Apple has ever shipped, with the iPhone 6 measuring just 6.9mm across, while the iPhone 6 Plus is a svelte 7.1mm. For comparison the iPhone 5S was 7.6mm. To compensate for the larger size, the power buttons on both phones has been moved to the side. 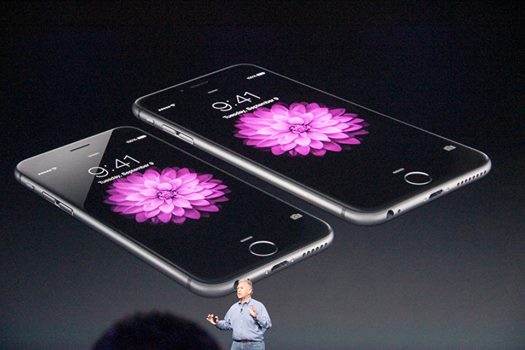 The display on the iPhone 6 will be Retina HD, with a 1334 x 750 pixel resolution resulting in 326 pixels per inch. The iPhone 6 Plus will have a Full HD 1920 x 1080 resolution, resulting in 401 pixels per inch. Apple states that the glass on the new display is "ion strengthened," which seems to indicate that it is tougher than usual, but doesn't appear to be sapphire crystal, as previously rumored.

Inside, the iPhone 6 and iPhone 6 Plus are powered by a new A8 processor, which Apple says is 25 percent faster than the A7 that preceded it. It also has a 50 percent faster graphics chip. Like the A7, the A8 is 64-bit. The A8 is 13 percent smaller than the A7, and uses a 20nm manufacturing process. The A8 is accompanied by the M8 motion co-processor, a second-generation version of the M7 that debuted in the 5S. The M8 is more advanced and is capable of distinguishing between running and cycling, a level of sophistication that wasn't available on the M7. It can also measure elevation to track how many flights of stairs you climb. 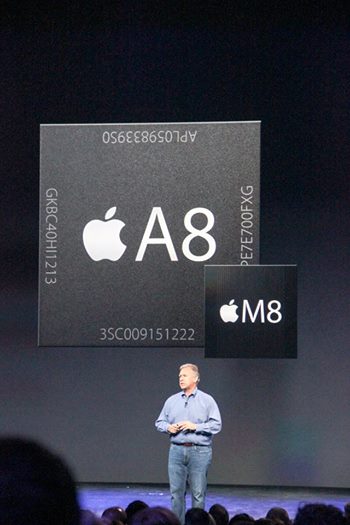 To take advantage of the new display sizes, Apple has also introduced a new landscape UI which makes the phones friendlier to use in horizontal orientation, much like Apple’s iPad tablets. Despite the larger displays, battery life will apparently also be much better on the new iPhones. 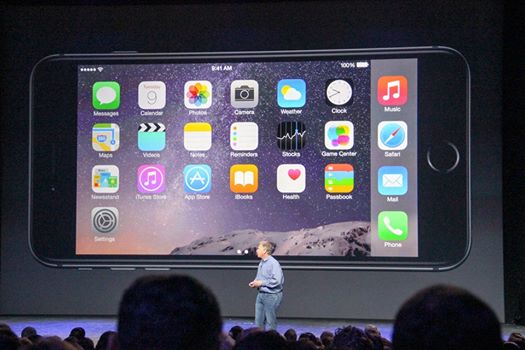 Both rear and front-facing cameras have been upgraded too. While the rear-camera remains an 8MP shooter with an f/2.2 aperture lens, it boasts an all new sensor and phase detection autofocus, the same kind used in many DSLRs, which should allow for faster and more accurate shooting. The iPhone 6 Plus will also include optical image stabilization. 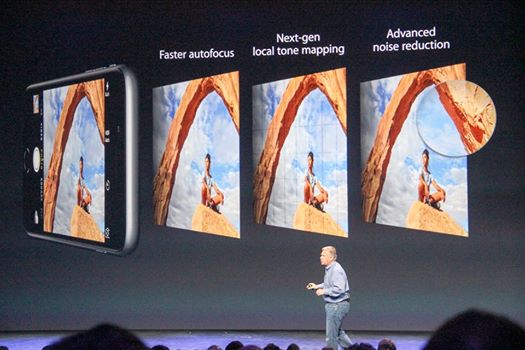 With the importance of the 'selfie' today, the front-facing camera also gets a nice upgrade. The new FaceTime HD camera also has a new sensor, and also gets a wider f/2.2 aperture lens, which allows 81% more light. 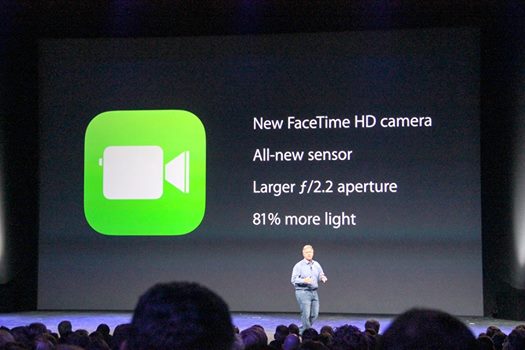 Both the iPhone 6 and iPhone 6 Plus will be released on 19th September in gold, silver, and space grey. A 16GB, 64GB and surprisingly, a 128GB model, will be available, with the 32GB option being retired. 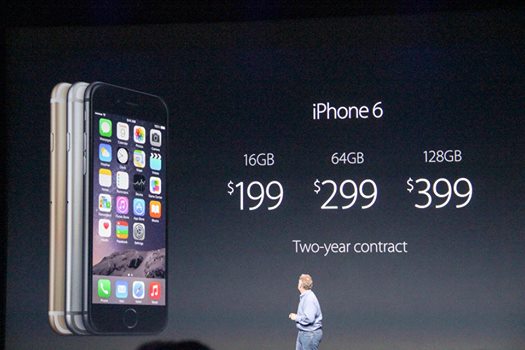 Join HWZ's Telegram channel here and catch all the latest tech news!
Our articles may contain affiliate links. If you buy through these links, we may earn a small commission.
Previous Story
The Apple Watch is Apple's entry into the world of wearables
Next Story
Intel triples performance in new Xeon E5 v3 series with up to 18 cores and 45MB cache