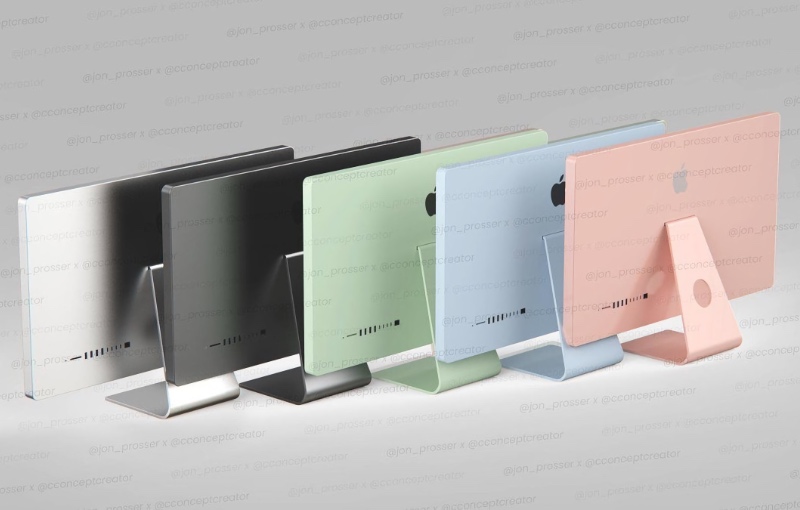 Prominent Apple leaker Jon Prosser has shared renders of what he believes Apple's new iMac and Mac Pro would look like.

The design of the current generation iMac is over 8 years old now and it's widely believed that Apple will be giving it a major refresh soon. And what better time to do that than to introduce it with Apple's new custom silicon chips.

Prosser believes the new iMac will feature the slab-sided design seen in the current generation iPhones. It will also feature thin bezels. But more importantly, he also believes Apple will introduce colours to the design, reminiscent of the very first-generation iMacs.

As for the Mac Pro, Prosser believes that thanks to the tremendous performance of Apple Silicon, the new Mac Pro will be less than half the size of the current Mac Pro.

He also thinks that the new Mac Pro will have an aluminium chassis and will feature a cube-like design like the iconic Power Mac G4 Cube.

No word yet on when Apple might announce new Macs, but the general sentiment is that new iMacs will be announced sometime this year while a new Mac Pro powered by Apple Silicon could have to wait until next year.

Join HWZ's Telegram channel here and catch all the latest tech news!
Our articles may contain affiliate links. If you buy through these links, we may earn a small commission.
Previous Story
Leak: Sony's first 1-inch camera sensor for smartphones could come on the Huawei P50 series
Next Story
TerraMaster’s upgraded drive can be linked together for 800TB of storage