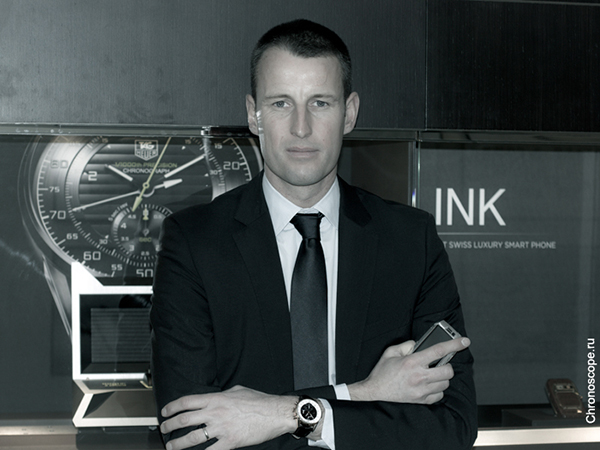 Apple has long been rumored to be working on a smart watch, and the biggest confirmation of that so far is the news that it has successfully poached Patrick Pruniaux from Tag Heuer, which is part of the massive LVMH conglomerate also one of the largest Swiss watch brands.

This has been revealed by Jean-Claude Biver who is head of Jewelry and Watches at LVMH. LVMH also owns other watch brands such as Zenith and Hublot. Despite that, Biver was happy for Patrick and said, "If it had been a direct competitor, I would have felt a bit betrayed, but if he goes to Apple I think it is a great experience for him." Biver had revealed earlier this year that Apple has been trying to hire its employees for some time.

Patrick Pruniaux is a significant new hire for Apple as he was Vice-President Global Sales and Retail at Tag Heuer. Tag Heuer is one of the world's most popular Swiss watch brands and is arguably the most important brand for LVMH as it markets itself in a wide range of price points. Patrick's experience and connections in the watch industry would certainly be useful to Apple as it prepares its new smart watch.

Apple has been rumored to be looking at an October launch for the new iWatch and has since been bolstering its team with hires from the luxury industry. Earlier, Apple hired Angela Ahrendts (ex-CEO of Burberry) as its new retail chief and also Paul Deneve (ex-CEO of Yves Saint Laurent) to head "special projects" for Apple CEO Tim Cook.

Join HWZ's Telegram channel here and catch all the latest tech news!
Our articles may contain affiliate links. If you buy through these links, we may earn a small commission.
Previous Story
Samsung: Don't Be a Wall Hugger
Next Story
Xiaomi Shipped 10 Million Units of Mi 3, Unveils Champagne Gold Version for China