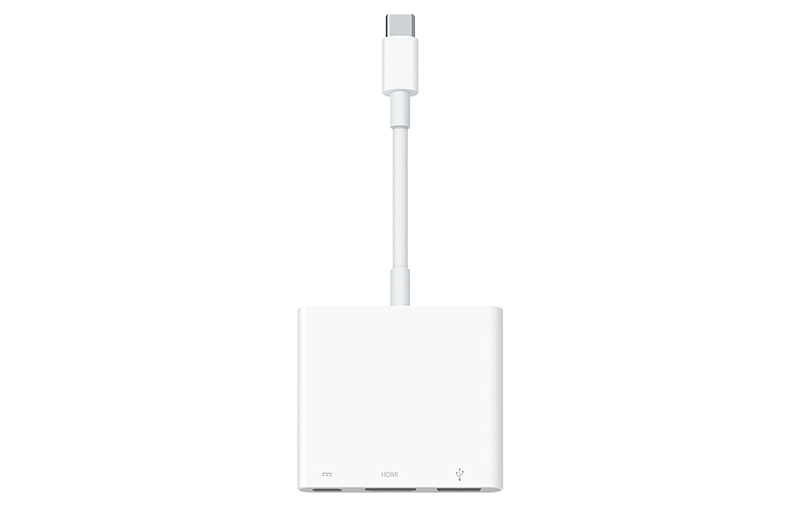 In addition, the multi-port adapter has a USB-A port for connecting to flash drives, cameras, and other devices using USB-A. This is a USB 3 port with a top transfer rate of 5Gbps.

Finally, there’s a USB-C port that can be used to charge a Mac notebook or an iPad Pro when it’s connected to a USB-C power source. This is a power-only port though, which means you can’t use it for transferring data or video.

Join HWZ's Telegram channel here and catch all the latest tech news!
Our articles may contain affiliate links. If you buy through these links, we may earn a small commission.
Previous Story
Samsung has announced that the Galaxy Fold will launch in September
Next Story
Arlo confirms HomeKit support coming to Arlo Ultra in Q4 2019