Apple has updated its entire iMac family by bringing Retina 4K display to the 21.5-inch iMac. In addition, all 27-inch iMac will sport Retina 5K displays as a standard feature! There’s only one model of the 21.5-inch iMac that sports the Retina 4K display, it’s priced from S$2,288 onwards, and features a quad-core 3.1GHz Intel Core i5 processor. Its graphics compute requirements are handled by the processor’s onboard Intel Iris Pro Graphics 6200 chipset. The other two 21.5-inch iMac, sans 4K display, are priced from S$1,988 onwards and S$1,648 onwards respectively. The cheapest 21.5-inch machine features a 1.6GHz dual-core Intel Core i5 CPU and its onboard graphics chipset is the Intel HD Graphics 6000. The middle child features a 2.8GHz quad-core Intel Core i5 processor and it shares the same graphics chipset as its Retina 4K brethren. All 21.5-inch systems come with 8GB of system RAM that can be configured to support a maximum of 16GB. Their storage options include a 1TB HDD. 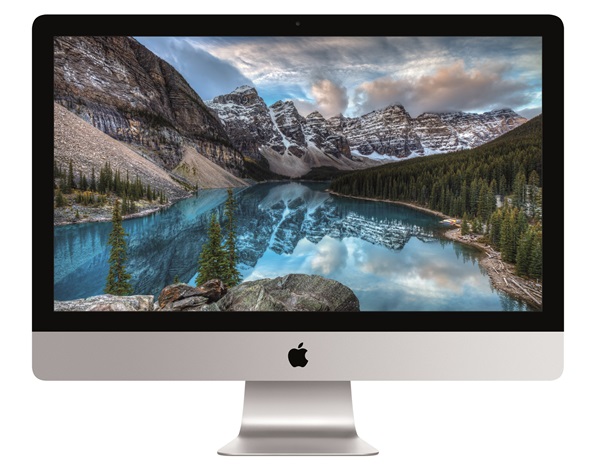 Just last year, we reviewed the 27-inch iMac that sports a Retina 5K display. Now, Apple has made this display a standard feature for all new 27-inch iMacs. There are three new models, and the highest-end one has a starting price of S$3,388. It sports a 3.3GHz quad-core Intel Core i5 CPU and a discrete AMD Radeon R9 M395, with 2GB of video memory. The other two models are priced from S$2,988 onwards and S$2,688 onwards respectively. They each sport a quad-core 3.2GHz Intel Core i5 processor. Besides getting the Retina 5K display, the 27” iMac machines offer more options for system RAM and storage options; they support up to 32GB of system RAM, and users can opt for hybrid HDDs, up to 3TB in capacity, or up to 512GB of flash storage.

In terms of upgrade paths, we feel the updated 21.5” iMac without the Retina 4K will be the least popular option. By forking out additional S$300, you will get to enjoy the visual experience of a 21.5” Retina 4K display. In addition, Apple has updated the accessories of the iMac family with its re-designed Magic Keyboard and Magic Mouse 2. Buyers can also opt for the new Magic Trackpad 2. The Magic Keyboard is available now at S$148, the Magic Mouse 2 is priced at S$118. Last of all, the Magic Trackpad 2 is also for sale at S$189.

Join HWZ's Telegram channel here and catch all the latest tech news!
Our articles may contain affiliate links. If you buy through these links, we may earn a small commission.
Previous Story
Enjoy omnidirectional sound with the new Archt One speaker
Next Story
Your next MacBook could have a Touch ID fingerprint scanner