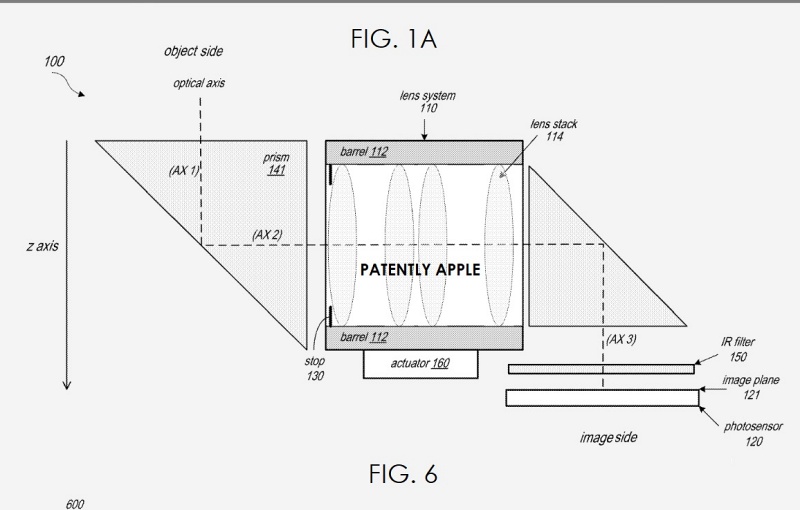 Spotted by Patently Apple, the U.S Patent and Trademark Office granted Apple a patent on a folded camera system that can be used in small form factor cameras. The patent describes components of a folded camera with two light folding elements and an independent lens system and another system with five refractive lens elements in the lens system.

DigiTimes reported in December 2020 that the 2022 iPhones may support up to 10x optical zoom. Apple is said to be working with South Korean companies to make the periscope lens.

Join HWZ's Telegram channel here and catch all the latest tech news!
Our articles may contain affiliate links. If you buy through these links, we may earn a small commission.
Previous Story
Apple unveils MagSafe Battery Pack for the iPhone 12
Next Story
Onitsuka Tiger debuts the Intel World Open's official uniform and a new YouTube esports series