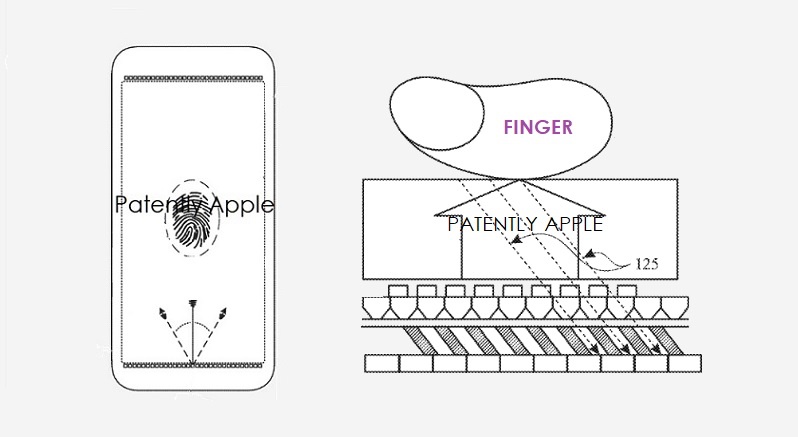 The U.S Patent and Trademark Office (USPTO) published another patent by Apple which covers in-display Touch ID, a feature which is rumoured to be coming to the iPhone this year.

Apple's patent application describes the in-display fingerprint sensing system where active red-green-blue (RGB) pixels emit light and illuminate the finger placed on the surface of the display. The light reflected from the finger passes through the gaps between the display pixels and is captured by the sensor underneath the display.

This has two potential problems; the low-light throughpout and diffraction caused by the display stack may result in low contrast and low signal-to-noise ratio (SNR) of fingerprint images. It will in turn affect the reliability of the scan.

Barclays Research analysts recently claimed that the iPhone 13 would come with in-display Touch ID, a feature which Bloomberg believes to be the key highlight this year. The Wall Street Journal reported last month that the iPhone 13 could use an optical sensor as it "can be more reliable" than the ultrasonic counterpart.

The USPTO has published several Apple patents on in-display fingerprint sensor in the past few years including one that can recognise a fingerprint over much of the screen, is applicable for the iPhone, iPad and MacBook, and explored capacitive and ultrasonic technologies for fingerprint sensors. There is also a rumour that the next generation iPad Air could be equipped with the in-display Touch ID.