Apple goes official about the iPhone 7 and iPhone 7 Plus

Apple goes official about the iPhone 7 and iPhone 7 Plus

Apple finally gave us the down-low on what to look out for in the new iPhone 7 and iPhone 7 Plus, via their keynote held at the Bill Graham Auditorium in San Francisco today. The new smartphones are packed to the brim with brand new features alongside long-awaited upgrades. 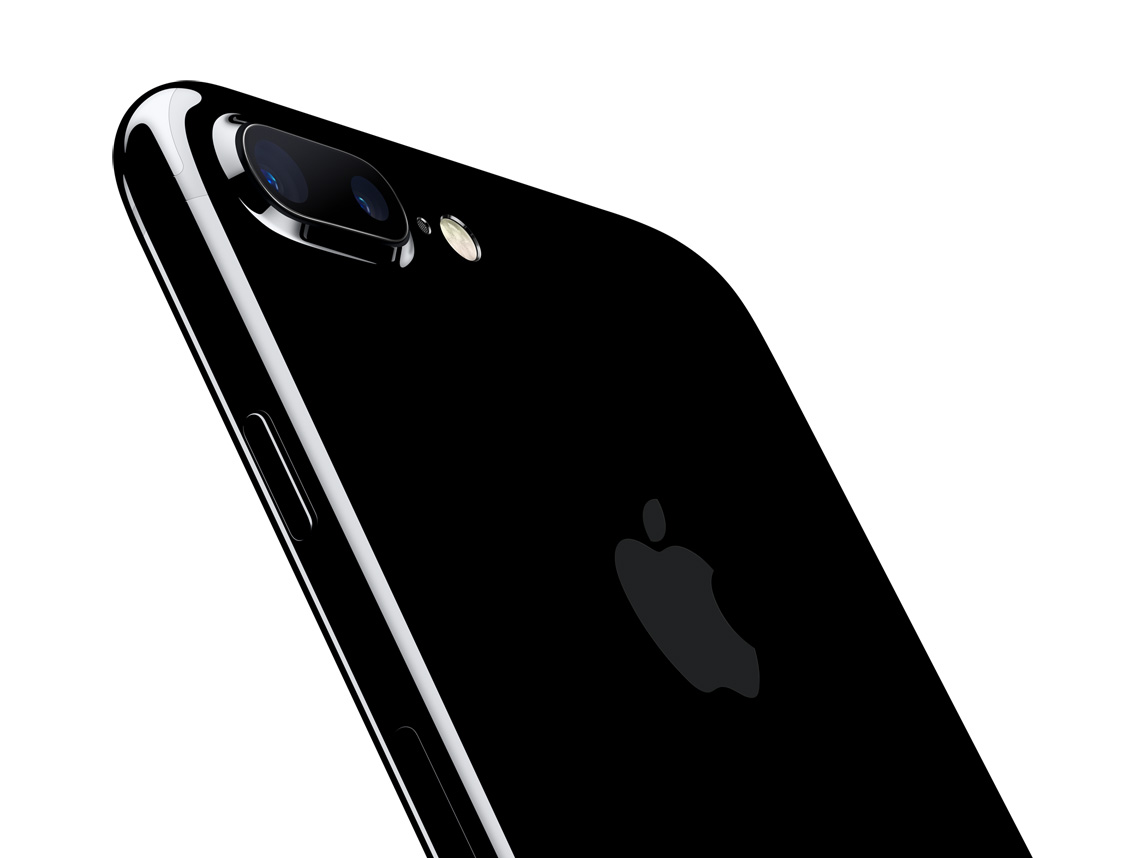 The first of many new things is the Jet Black finish, where it uses an aluminum body with a high gloss black finish that's reminiscent of the iPhone 3GS's piano gloss look. The aluminum body will appear seamless with the phone's glass. "Black" is the brushed aluminum alternative to the same color.

Aesthetics was only the beginning of what's to come. The Home button is now force-sensitive, and it comes in a solid state. This means that it is no longer a real button, but it responds by reading the pressure applied on it. Apple says that the new Taptic engine API is what makes this possible.

Another first is the iPhone 7's and iPhone 7 Plus's water- and dust-resistance, rated at IP67. According to Apple's advertising video shown at the keynote, the new phones can be used in rain without dire consequences. 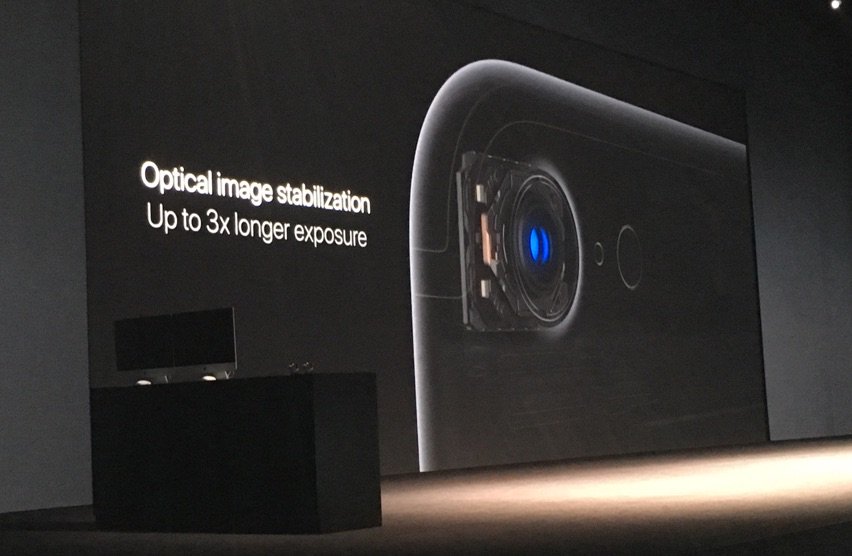 The 12-megapixel rear camera on the iPhone 7 has three times longer exposure, f/1.8 aperture, a six-element lens, and optical image stabilization. It uses four LEDs for its true-tone flash. The camera now uses an Apple-made image processor, and it also packs a high-speed flicker sensor, which is 60% faster and 30% more energy efficient than previous sensors. The iPhone 7 has RAW camera API and wide color capture API built-in, too.

The iPhone 7 Plus is also capable of real-time depth of field manipulation, where it combines both rear camera images on top of post-processing to bring a bokeh effect to photos. This capability will only come as a free update later this year.

Audio-wise, the iPhone 7 now has stereo speakers - a first for the iPhone. It has twice the volume of the iPhone 6s and 6s Plus, and they are located at the top and bottom of the smartphone.

Sadly, changes can also be controversial, just like the new proprietary Apple ear piece that uses the Lightning port. This means that Apple took away the 3.5mm audio jack. They will still provide an adapter in the box, so you can still use headphones with a 3.5mm jack on the iPhone 7 and iPhone 7 Plus.

The last highlight is the phone's performance prowess. The new iPhones comes with a 64-bit, quad core processor called the A10 Fusion. It's 40% faster than the A9 chip in the iPhone 6s and 6s Plus. The six-core GPU is 50% faster than the A9's. Apple claims 'console-level' gaming on the iPhone 7, thanks to the A10 Fusion processor. They also said that the iPhone 7 and 7 Plus touts the longest iPhone battery life, thus far. 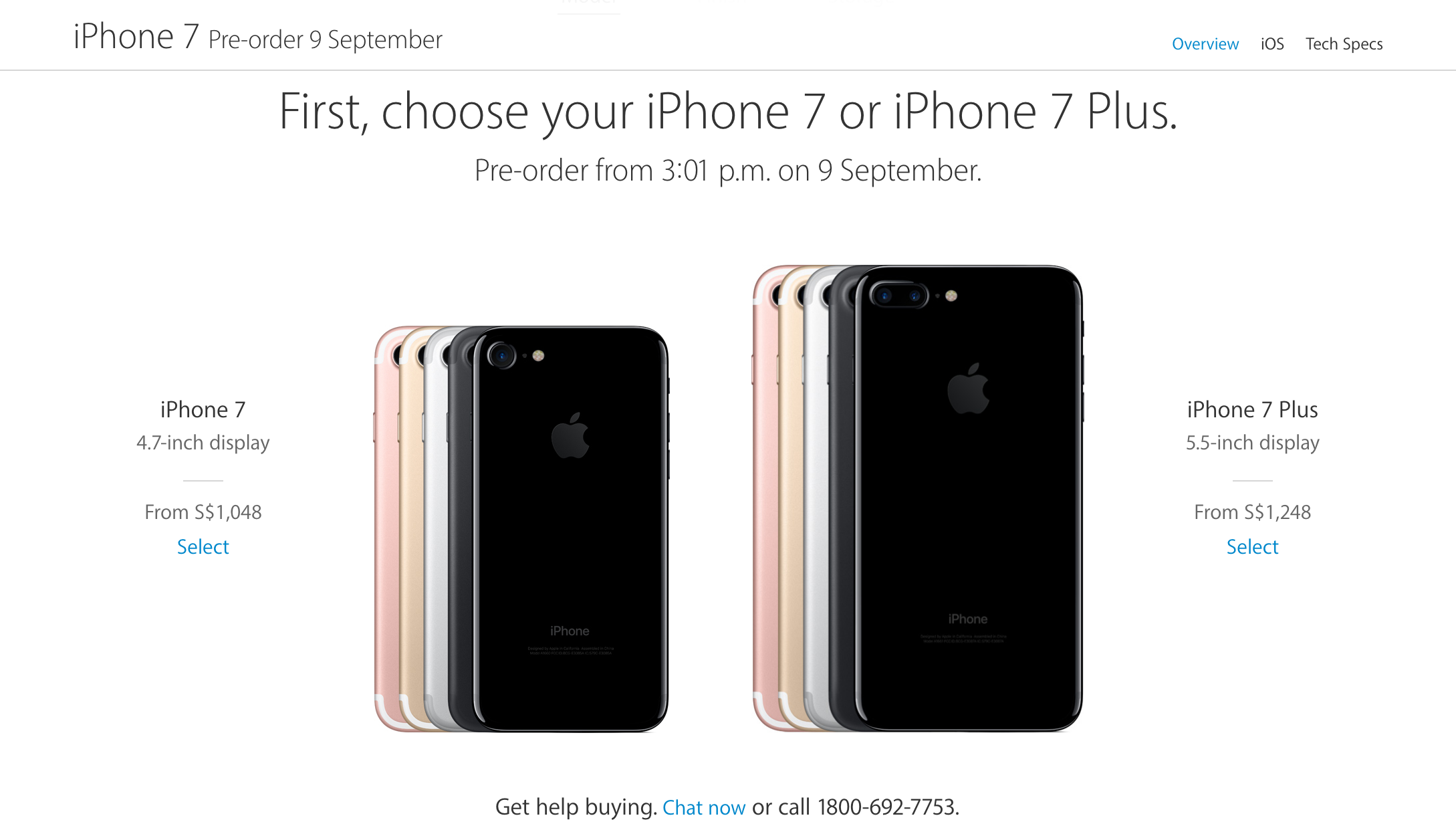 Join HWZ's Telegram channel here and catch all the latest tech news!
Our articles may contain affiliate links. If you buy through these links, we may earn a small commission.
Previous Story
The new and more powerful PlayStation 4 Pro will support 4K HDR gaming
Next Story
Apple wants you to use its wireless AirPods with your iPhone 7