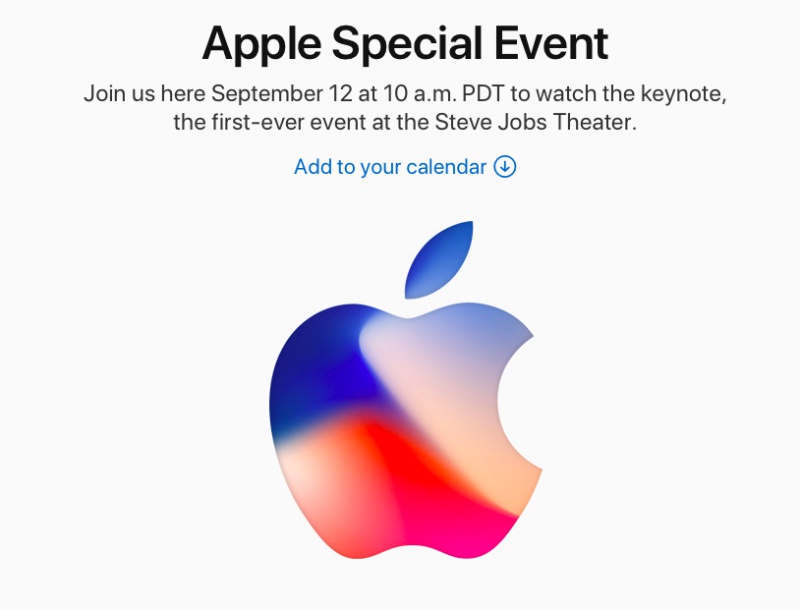 Apple will be holding a launch event on 12 September, Tuesday at the Steve Jobs Theater in Apple Park campus. Media invites have just been sent out to publications around the world.

According to Bloomberg's sources, three iPhone models, the Apple Watch Series 3 and an upgraded Apple TV model with 4K output are expected to be unveiled at the event. If history is any guide, pre-orders for the new iPhones will start on 15 September, Friday with retail availability a week later on 22 September. However, there are rumors that the iPhone 8 would be available in October or November due to supply constraints.

In the meantime, do read our roundup article on what to expect from the new iPhones this year.

Join HWZ's Telegram channel here and catch all the latest tech news!
Our articles may contain affiliate links. If you buy through these links, we may earn a small commission.
Previous Story
DJI announces a new model for the Mavic Pro and Phantom 4 Pro
Next Story
The Lenovo Yoga 920 is an evolution of a familiar design