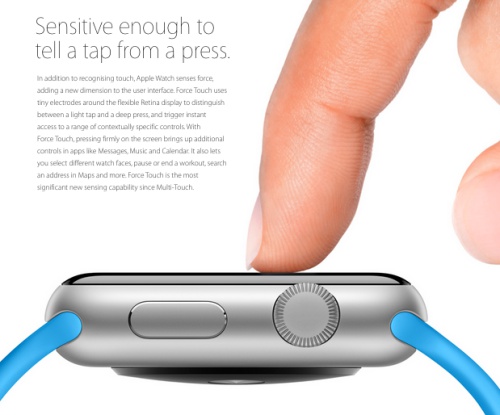 Force Touch, which was introduced in 2014 on the Apple Watch, will be dropped in the upcoming watchOS 7.

Apple's new Human Interface Guidelines for developers confirm that Force Touch Gesture - firm press and long press - will be removed on the new watchOS. watchOS 7 and later versions will make previously hidden menu items accessible in a related screen or a setting screen.

Force Touch currently allows an Apple Watch user to clear all notifications when in the Notification Center by just a hard press. It also lets the user change the watch face on the home screen or compose a new message in the Messages app by a similar gesture.

The firm press and long press gestures eventually made it to the iPhone under a different marketing name, 3D Touch, and Apple was proud to claim that it took "multi, multi, multi years" to develop. 3D Touch was removed from the iPhone in 2018 when Apple introduced Haptic Touch on the iPhone XR.

With Force Touch making an exit in watchOS 7, the upcoming Apple Watch Series 6 is likely to have some adaption of Haptic Touch to replicate similar functions.

Previous Story
Fujifilm’s camera-to-webcam app is coming to macOS
Next Story
Crash Bandicoot 4: It's About Time throws Crash into the multiverse