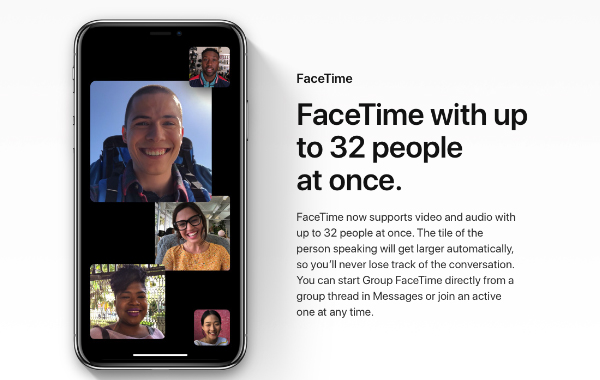 It goes on to say that the feature will ship "in a future software update later this fall" but offered nothing more beyond that.

This is peculiar because Group FaceTime has been available ever since the first betas went live in June.

Furthermore, I have seen Group FaceTime being demo-ed numerous times and it always seemed to work well. Granted, the demos didn't take place with 32 people but it didn't seem to me that there would be a problem.

Group FaceTime was announced at WWDC 2018 and it allows users to FaceTime chat with up to 32 people simultaneously.