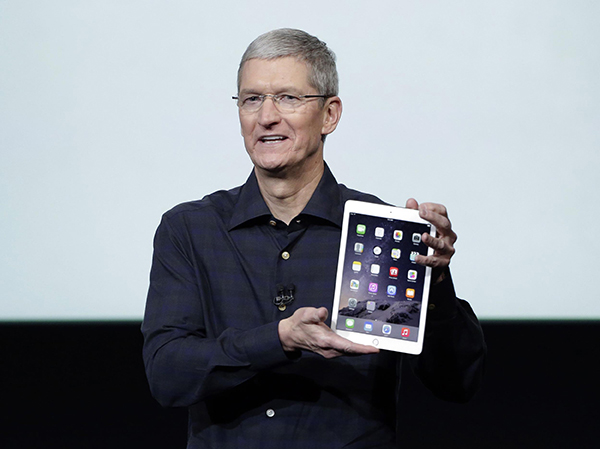 Sales of iPads have continued to fall. In Apple's most earnings call, it was reported that 12.6 million units of iPad was shipped in the past quarter. This means a year-on-year decrease of a very significant 23%. This also means that for the second time, revenue from sales of iPads actually dropped below that of Mac's.

Despite this, Apple CEO Tim Cook remains optimistic and confident about the iPad's future. Though he concedes that sales of the iPad has been cannibalized by other Apple products - the iPhone 6 Plus and the new MacBook are great alternatives to the iPad - he also said that there are reasons why he thinks sales will pick up in the future.

Cook said that the company's partnership with IBM to bring enterprise apps to iOS is still in its early stages, but it is showing "great promise". Additionally, he added that a lot of iPad buyers are first time buyers and he believes that these buyers will later upgrade to a newer model at a later time.

To end, he assured users that Apple will continue to invest in the iPad lineup and is confident that sales will grow in future. Does this mean we will soon see the rumored 12-inch iPad Pro?

Our articles may contain affiliate links. If you buy through these links, we may earn a small commission.
Previous Story
Patriot announces dual USB Type-C/Type-A flash drive for new Macbook users
Next Story
Oppo debunks rumors of R7 smartphone with official renders, set to launch in May