Here are five more titles going onto the Apple Arcade

Here are five more titles going onto the Apple Arcade 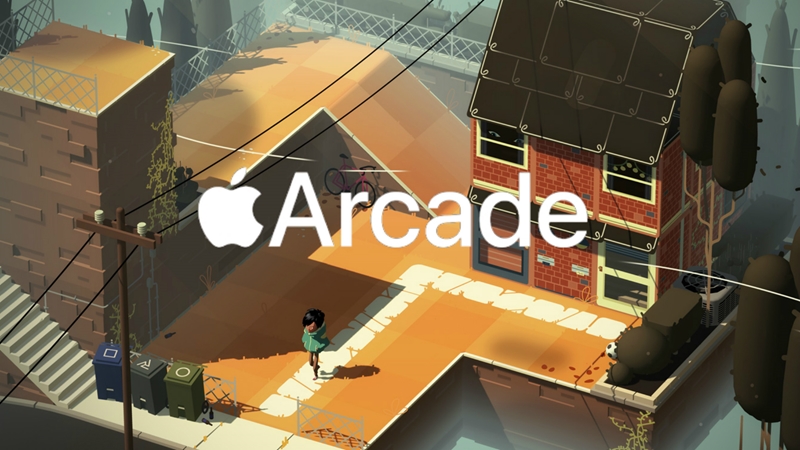 Let's have a look at them.

Tales of Memo is a memory-based puzzler where you play as a guy called Memo, battling various enemies as he travels with his friends across a frozen landscape.

Will you side with the bumbling farmhand as he struggles to keep the farm squeaky-clean? Or will you join forces with the mischievous pigs, and run riot by spreading as much mud as possible? Pitting one player against three in a race against the clock, this color-soaked chaos is the ultimate team-based, feel-good game. Featuring both single-player and online multiplayer modes, Hogwash is a succulent serving of multiplayer barnyard bedlam guaranteed to have you squealing with delight!

Fallen Knight is a neo-classical side-scrolling action platform game. The story is set in the far future and introduces intense sword fighting gameplay with punishing boss battles. Players take on the role of Lancelot, one of the knights of the Round Table. He has to save his city from the terrorist organization that intends to reveal the truth under the city... a truth that Knights of the Round Table have sworn to protect with their lives. The game features responsive action across six stages with intense boss fights, a unique parry/disarm the system and multiple endings.

Made for all ages, Lifelike is a mesmerizing particle symphony from the multiple-award-winning creators behind Blek and FROST. Ignite your sense of wonder and lose yourself in a world filled with beautiful, enigmatic, and sometimes strange flocking species and creatures. Playful interaction with creatures of Lifelike leads to a profoundly calming experience. Become part of this captivating world. A hypnotic game, Lifelike is designed on swarm behavior, one of the most aesthetically striking natural occurrences that can be observed on our planet. Embark on a dreamy adventure into this phenomenon.

Smash, clobber and bash the murderous legends of Slavic mythology in this darkly funny action role-playing game that changes every time you play. Play as Ivan, a one-handed blacksmith with incredibly bad luck, who must take on the impossible tasks given to him by the tzar. All the while the mysterious witch, Baba Yaga, watches over Ivan's fate. The world of Yaga is a world steeped in Slavic folklore and ancient Pagan beliefs. Featuring a head-bobbing Romanian hip-hop soundtrack from Subcarpați and striking, hand-drawn 2D artwork. Yaga is an authentic love letter to childhood fables from Romanian indie developer, Breadcrumbs Interactive. Multiple endings, multiple ways of solving encounters, procedural map, lots of characters to encounter, and hidden secrets mean Yaga is meant to be played over and over again. • Ivan's grandma just wants him to find a wife. Don't disappoint her!