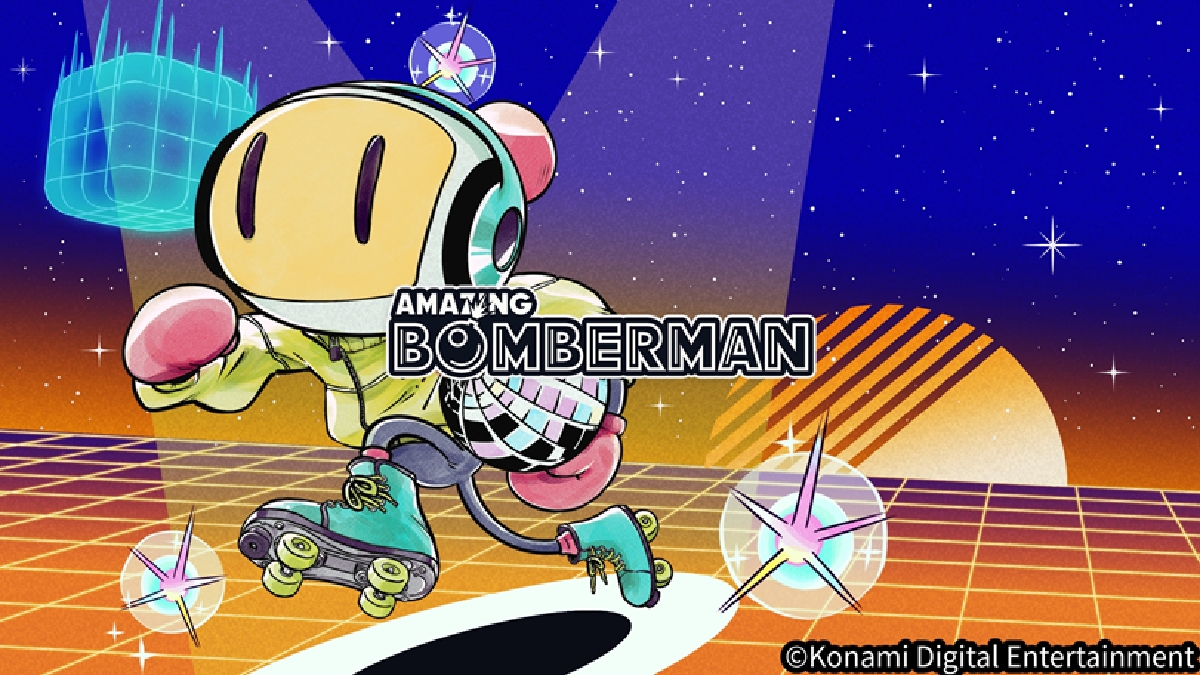 Starting this Friday, 5 Aug, Bomberman fans will finally be able to get the fireworks going again with AMAZING BOMBERMAN on the Apple Arcade. Combining music-based gameplay with vibrant visuals and iconic Bomberman aesthetics, the platform-exclusive title will headline a fresh start on mobile for Konami's much-loved series.

Featuring seven different playable stages and accompanying soundtracks composed by both Japanese and international artists, players will need to use various bomb types to smash the obstacles in each level and collect items. Of course, that sounds easy enough on paper, but they'll need to be wary of their surroundings while they do so. After all, the level itself will change spontaneously to match the different music tracks that are currently being played!

According to the release from Konami, AMAZING BOMBERMAN primarily features online PvP battles against friends or random players, though you'll also be able to practice in solo mode should you wish to do so. Completing levels snags you cool collectibles that you can then equip on your characters, letting you add your own unique splash of flavour into the experience.

For more information, feel free to check out the official AMAZING BOMBERMAN website.

Join HWZ's Telegram channel here and catch all the latest tech news!
Our articles may contain affiliate links. If you buy through these links, we may earn a small commission.
Previous Story
Leica Camera enters technological cooperation with Hisense
Next Story
Creative launches a finger-sized USB DAC for audio lovers who want Sound Blaster and SXFI treatment