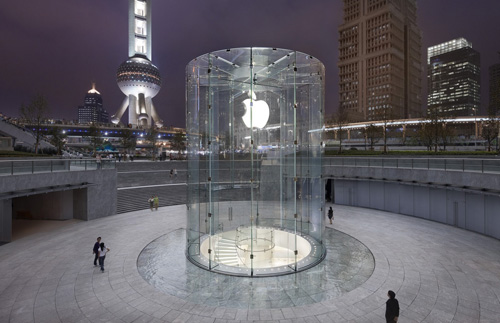 Apple CEO, Tim Cook has recently issued an apology -- on Apple's Chinese website -- over the company's warranty policy. The apology was a response to criticism by China's state-run media over how Apple handles defective products. Apple was accused of short-changing Chinese consumers by refurbishing faulty products of certain models (iPhone 4 and iPhone 4S) instead of replacing them, as well as offering reduced warranty coverage compared to other countries. According to Mashable, China Communist Party's official newspaper, The People's Daily wrote that Apple was "greedy and dishonest", and even called for a boycott of Apple's products due to the company's "unparalleled arrogance."

In the apology letter, Cook said that the offending warranty policies would be improved upon moving forward. Broken phones would be replaced instead of repaired, and phones repaired after April 1 2012 would receive extended warranties. Cook also mentioned that the warranty policies on Apple's Chinese website would be updated to be "concise and clear," probably with hopes that it would help Apple avoid future disputes and misunderstandings. Apple would also improve the training of supervision of its Chinese retail partners, as well as make it easier for customers to send feedback to Apple.

"We always harbor immense respect to China," Cook wrote. "The Chinese consumer is always the top priority of our hearts." The Chinese market is growing faster than any other market where Apple operates. In the most recent quarter, it accounted for almost $7 billion in revenue; over the same period a year ago, it was just $4 billion.

According to a report on Fortune, Apple could lose as much as US$13 billion in sales due to a Chinese boycott. The figures were predicted based on China's previous state-sponsored campaigns against foreign brands like Toshiba (1999) and HP (2010).

To calculate the damage the current campaign could do to Apple, Yeung uses Hewlett-Packard's (HPQ) experience as a template:
Recall that a similar campaign hit HP in 2010, leading to a ~50% reduction in their PC share in China. Apple derives ~16% of its sales in China (CY12) and China accounted for ~24% of Apple's revenue growth in the past 2 years (2010-2012). If Apple were to lose as much as 50% of their China market share, this would equate to ~$13.1B/$3.62 in revenues/EPS. We add this to our list of concerns about Apple's market share dominance and still do not recommend the shares at this time. "While bulls remain stubbornly optimistic about Apple's opportunities," he writes, "these attacks put a wrench into Apple's ability to strike a deal with China Mobile to open opportunities further in China. More importantly, however, we believe the undermining of Apple's brand value can have a more insipid and long-lasting impact. Despite overwhelmingly positive ratings from our peers, we do not recommend Apple shares at this time and stand by our 12/16/12 downgrade to Neutral."

Join HWZ's Telegram channel here and catch all the latest tech news!
Our articles may contain affiliate links. If you buy through these links, we may earn a small commission.
Previous Story
Brother Launches Flagship Desktop Scanner with Scan-to-Cloud Capabilities
Next Story
Windows 8 Market Share Only at 3.31%, Windows 7 and XP Still Dominates