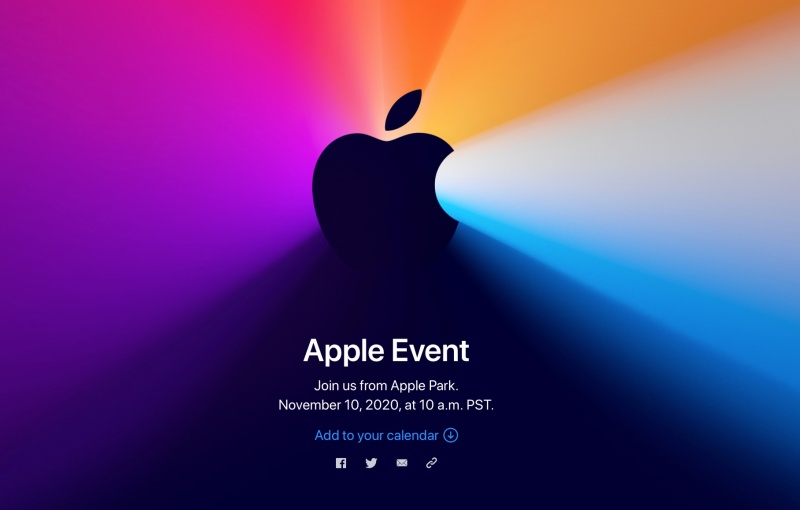 Scheduled for 10 November, 10 am PST (11 November, 2 am SGT), the "One more thing" event is likely to see the debut of the first Apple Silicon-powered MacBook, which is rumoured to be the 13.3-inch MacBook Pro and/or a 12-inch MacBook. In addition, Apple could introduce a 12.9-inch iPad Pro with Mini-LED display.

Two variants of the A14 chipsets are believed to be developed for the Mac and iPad Pro. The A14X and A14T chipsets are said to be used for different products; the latter will be used to power the iMac while the A14X is expected to be coming to the MacBooks and iPad Pro.

Join HWZ's Telegram channel here and catch all the latest tech news!
Our articles may contain affiliate links. If you buy through these links, we may earn a small commission.
Previous Story
The Aorus GeForce RTX 3080 Xtreme WaterForce WB is ready for your custom liquid cooling loop
Next Story
This EKWB water block for the NVIDIA GeForce RTX 3080 Founders Edition is absolutely gorgeous