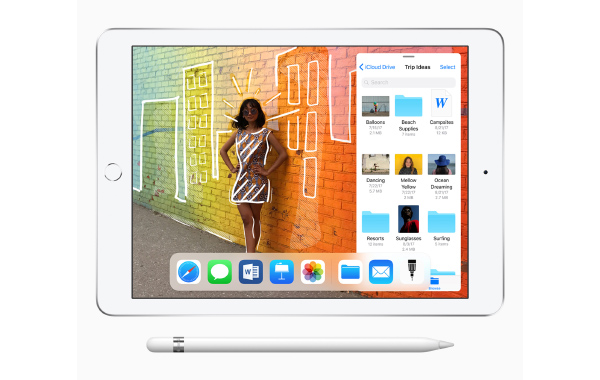 As expected, Apple today announced a new 9.7-inch iPad with Apple Pencil support that is targeted at students and the education market.

This move comes as Apple seeks to challenge Google in the lucrative education market. Google has enjoyed significant success in the past few years with its low-cost Chromebook devices.

Here are the key specs that you need to know about the new iPad:

And as rumored, this new iPad will support the Apple Pencil. However, it doesn't have a Smart Connector so it can't use the Smart Keyboard. You need a wireless Bluetooth keyboard if you want to use a keyboard with this new iPad.

The new 9.7-inch iPad will come in silver, space grey, and gold finishes.

The new iPad is largely similar to last year's model, save for the faster processor and Apple Pencil support.

It's also nice to see that Apple has kept the price of the iPad the same, with prices beginning from S$498. Pricing of the Apple Pencil has been slightly reduced to S$138 from S$148.

The new 9.7-inch iPad is available for order starting today and will available in stores later this week.

Join HWZ's Telegram channel here and catch all the latest tech news!
Our articles may contain affiliate links. If you buy through these links, we may earn a small commission.
Previous Story
OnePlus explains why its next phone will have a notch
Next Story
Xiaomi's 15.6-inch Mi Gaming Laptop packs up to GeForce GTX 1060 graphics and a colorful backlit keyboard