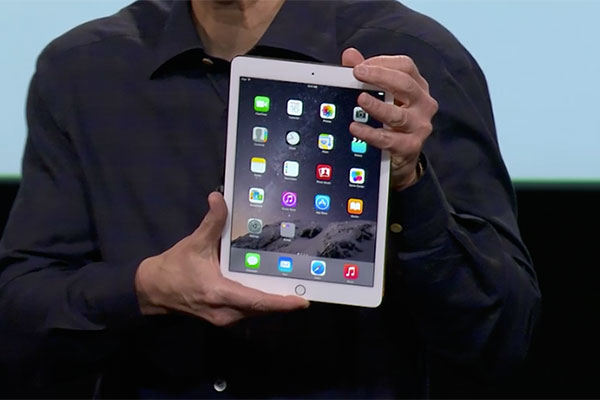 Apple’s on a roll. A month after announcing the iPhone 6 and 6 Plus (which then went on sale shortly after) and the Apple Watch, the company is back to announce more new products.

As expected, one of the things to take centerstage this time round is the iPad. Or more specifically, the iPad Air 2. As always, thinner, more powerful, and more user friendly is the storyline here. The tablet trades the A7 chip in its predecessor for a faster A8X chip (with an M8 motion co-processor). Like the A7, the A8X is a 64-bit chip, but it now has 3 billion transistors, and is 40% faster CPU-wise, and 2.5x faster GPU-wise. Like the new iPhones, the iPad Air 2 gains a Touch ID fingerprint sensor/home button. 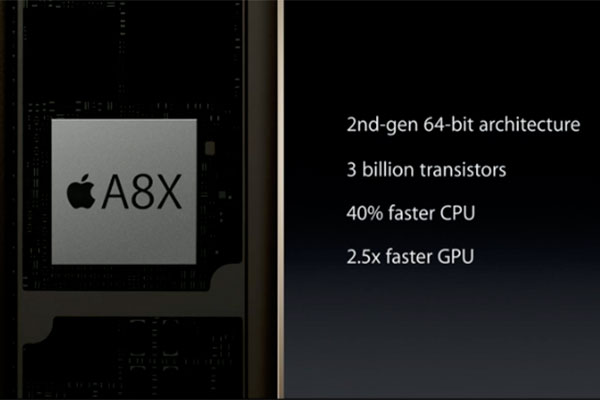 While the screen size remains at 9.7-inches with a resolution of 2,048 x 1,536 pixels, because the new laminated display component is thinner, the iPad Air 2 is 18% thinner than its predecessor, coming in at 6.1mm, versus 7.5mm for the first-gen iPad Air. It also has an anti-reflective coating, which Apple claims to be the first for a tablet display.

The iPad Air 2 again comes in Wi-Fi-only and Wi-Fi + LTE versions. Wireless 802.11ac with MIMO (up to 866Mbps) is now supported; so too is 150Mbps LTE connectivity. In the camera department, there’s a new 8MP iSight camera (with F2.4 aperture) at the back. Along with iOS 8.1, it’s capable of 43MP panorama photos, and have modes for burst, time-lapse, and slo-mo shooting. And on the front is a new 1.2MP FaceTime HD camera that now has a larger F2.2 aperture. It sports improved face detection, and the ability to do burst shooting (great for selfies), single-shot HDR photos, and HDR videos. 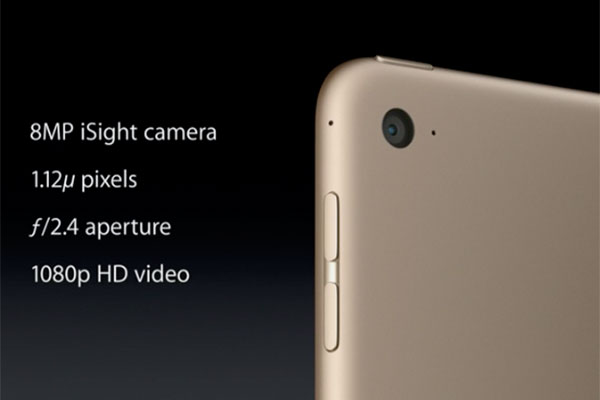 Last but certainly not the least, the iPad Air 2 will come in space gray, silver, and gold color options. 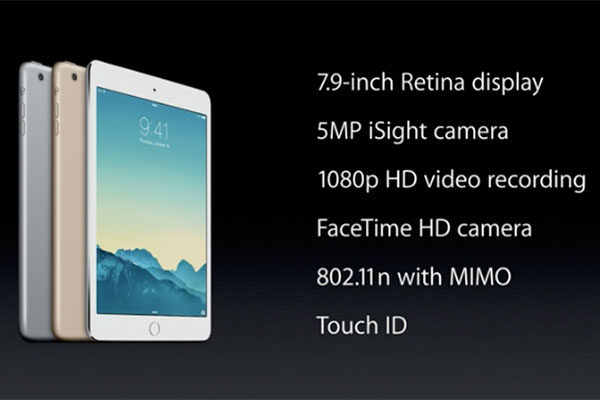 iOS 8 has been released for just about a month with tons of new features; and now, we’re looking at iOS 8.1 that’s slated on drop next Monday, October 20. Sure, it’s a point update, but there are improvements and new features to look forward to.

For a start, iOS 8.1 brings support for Apple Pay (sadly, rolling out in the U.S. only at the moment), and sees the return of Camera Roll. iCloud Photo Library will also be in iOS 8.1, though only as a public beta. With iCloud Photo Library, you’ve quick access to all your photos and videos, with all of them in their original format and resolution. Of course, this works with iCloud, which offers free 5GB of online storage from the get-go. If that isn’t enough (especially in this world of 128GB iPhones), you can pay Apple for more iCloud storage. There’s a 20GB tier for US$0.99 per month, as well as a 200GB tier for US$3.99 per month. For power users, there are more tiers that go up to 1TB.

So, do you like the new iPads? Would you buy it or the Nexus 9?

Join HWZ's Telegram channel here and catch all the latest tech news!
Our articles may contain affiliate links. If you buy through these links, we may earn a small commission.
Previous Story
Apple unveils iMac with Retina 5K display; prices start at S$3,388
Next Story
Deezer Premium Plus comes to music fans through Bose products