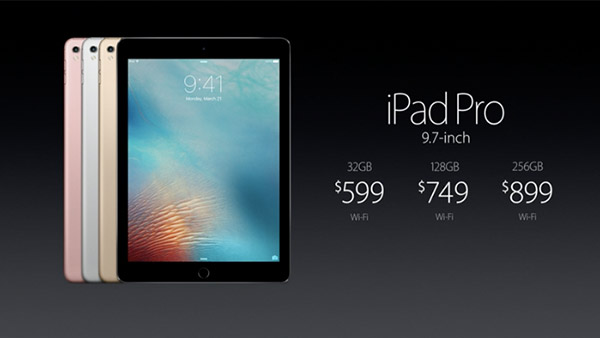 In addition to the iPhone SE, Apple has today announced a new 9.7-inch iPad at a special press event held at its Cupertino campus. And indeed, this is a smaller iPad Pro rather than an iPad Air 3.

The new iPad Pro has a 9.7-inch wide-color Retina display, and carries several features found on its bigger sibling, including a 64-bit A9X chip that supports always-on “Hey Siri”, and a 4-speaker system for powerful and rich stereo sound. The new screen is brighter, delivers more contrast, and has improved energy efficiency over past 9.7-inch iPads’ displays through photo alignment technology, oxide TFT, and a custom timing controller.

More importantly (at least to artists), the Multi-Touch display on the 9.7-inch iPad Pro has been upgraded to work with Apple Pencil. We were impressed by the almost non-existent latency and high accuracy of the Apple Pencil in our 12.9-inch iPad Pro review, so it’s perhaps safe to assume that the same level of performance will be carried over. To recap, the Apple Pencil has a built-in Lightning connector to make pairing and charging it a cinch.

Other new accessories announced are a S$58 Lightning to USB 3 camera adapter (can be used to connect other USB devices like Ethernet adapters and audio/MIDI interfaces), and new Silicon Case and Smart Cover with plenty of color options. 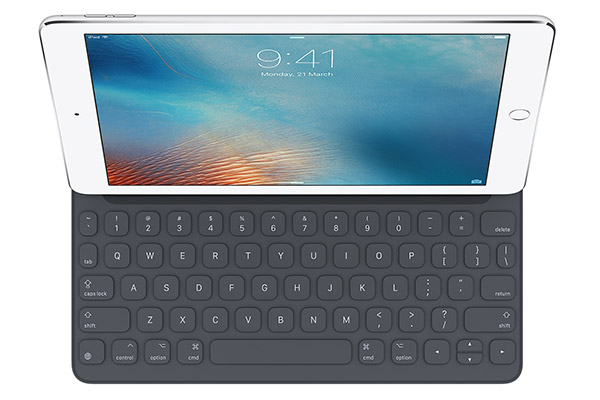 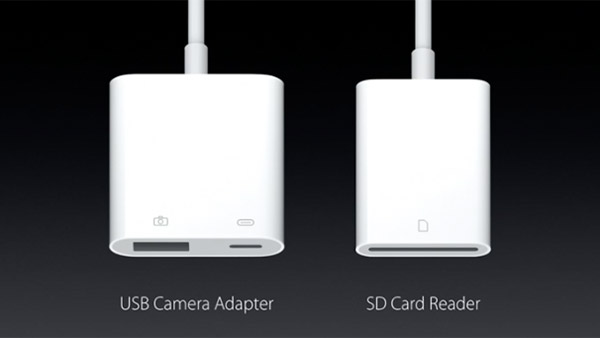 Additionally, the display has a True Tone tech, which makes use of two new four-channel sensors to detect the color temperature of the ambient light and adjust the display to match automatically. 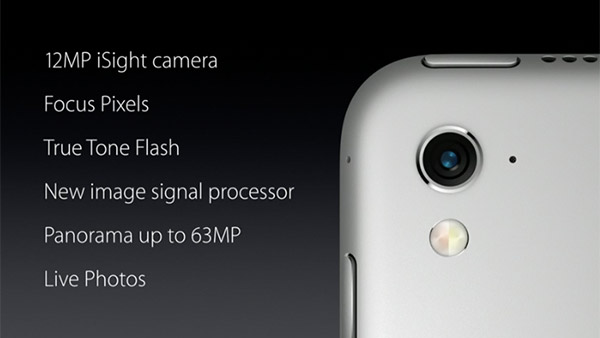 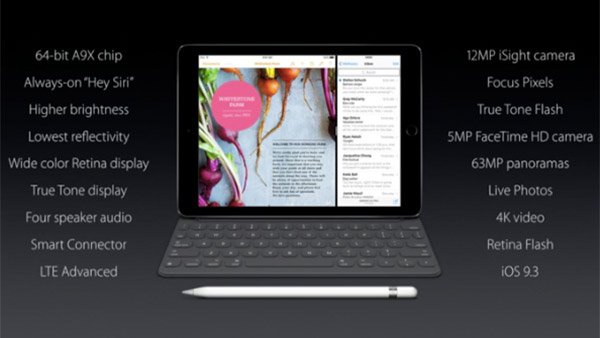 Last but certainly not the least, the new iPad Pro will run iOS 9.3, Apple’s latest release of its mobile OS. A major update that’s also coming to many other iOS devices today, iOS 9.3 adds numerous new features, such as a Night Shift mode that automatically shifts the colors of your display to the warmer end of the spectrum at sunset. Many apps have also been improved, including a Notes app that you can now secure with a password or fingerprint, and updated CarPlay apps. iOS 9.3 also includes several education-oriented features, such as shared iPad for students, a new Classroom app for teachers, Apple School Manager for admins, and managed Apple IDs.

The 9.7-inch iPad Pro comes in four metallic finishes (silver, space gray, gold, and rose gold) and will be available starting March 31 (pre-orders start March 24) through Apple and authorized resellers, with prices starting from S$898 for the 32GB, Wi-Fi model. If you need more than 128GB of storage (that's going for S$1,158), there's a new 256GB capacity this time round, and that's going for S$1,418. Add S$200 across the board if you need a cellular-capable model. (For what it's worth, note that in addition to nano-SIM support, there's another 9.7-inch iPad Pro model that supports an embedded Apple SIM.) The 256GB capacity is also coming to the 12.9-inch iPad Pro, at S$1,698 and S$1,898 for the Wi-Fi and Wi-Fi + Cellular versions respectively. 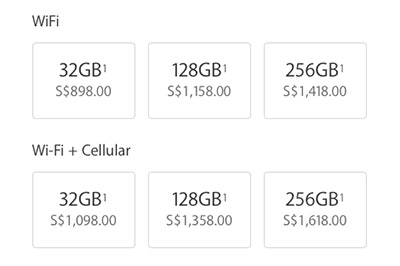 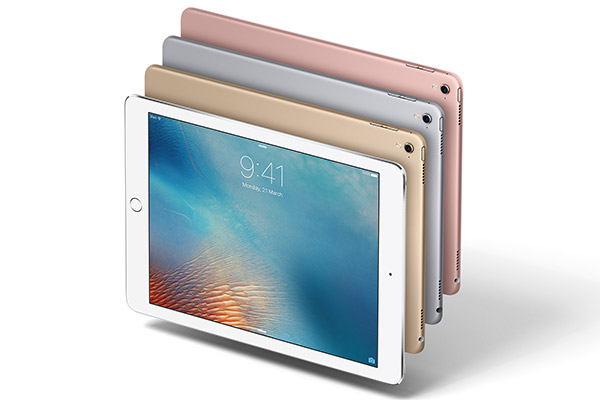