Note: This article was first published on 18 Dec 2020 and has been updated with new findings. 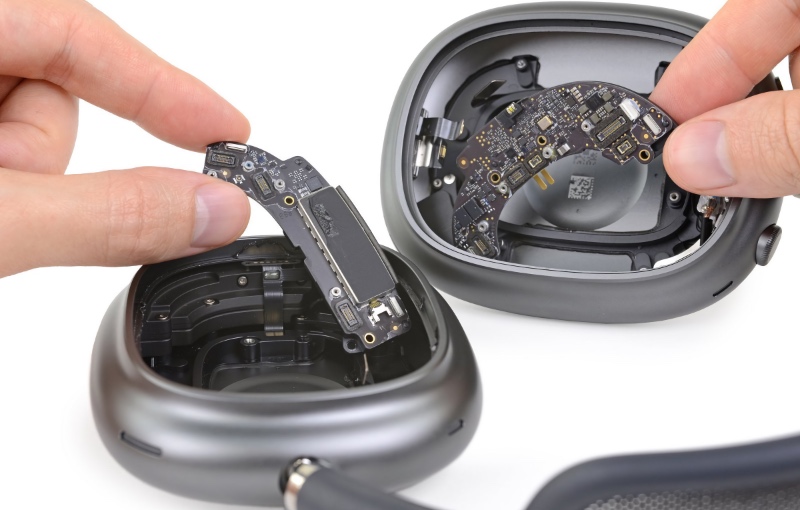 The folks at iFixit are at it again, they are taking the AirPods Max apart.

First things first, iFixit reports that the AirPods Max are hard to take apart. Aside from screws, the headphone is also held together by glue. iFixit had to heat the headphones to disassemble completely.

Obviously, the two 40mm drivers dominate but there's also a startling amount of electronics inside.

Interestingly, the logic boards for each cup is different and the batteries are only found in one of the ear cups. How Apple managed to disguise the weight of these batteries is admirable.

Apple has said that the AirPods Max were built for longevity and while the earpads can be easily replaced and the headband can also be swapped in service, they didn't mention anything about the batteries.

But worryingly, iFixit hasn't found any obvious connectors for the batteries which could make battery replacements a messy affair.

Still, they said that this teardown is still a work in progress and that they'll update their findings over the next few days. Fingers crossed.

We'll also be updating this article when they have more to share.

iFixit has finally completed its teardown and there's some good news. For a start, the batteries are happily held in place by screws and not adhesive, which means they can be quite easily replaced.

Total battery capacity is 2.53Wh which is slightly larger than the Bose Noise Cancelling Headphones 700's 2.39Wh. The Sony WH-1000XM4, on the other hand, has a 4.1Wh battery which explains why it can last 30 hours.

iFixit also found the headband to be dead easy to remove. All it takes is to apply pressure into a small hole above the drivers and the headband will pop out. That's good news because the headband, along with the earpads, are often the first parts of a headphone that needs replacing.

All in all, iFixit gave the AirPods Max a rather decent repairability score of 6 out of 10.

Our articles may contain affiliate links. If you buy through these links, we may earn a small commission.
Previous Story
Watch a Toyota Supra drift itself
Next Story
Microsoft launches an "enhanced" Surface Pro 7+ for businesses and schools