Note: This article was first published on 25 May 2021 and has been updated with new findings 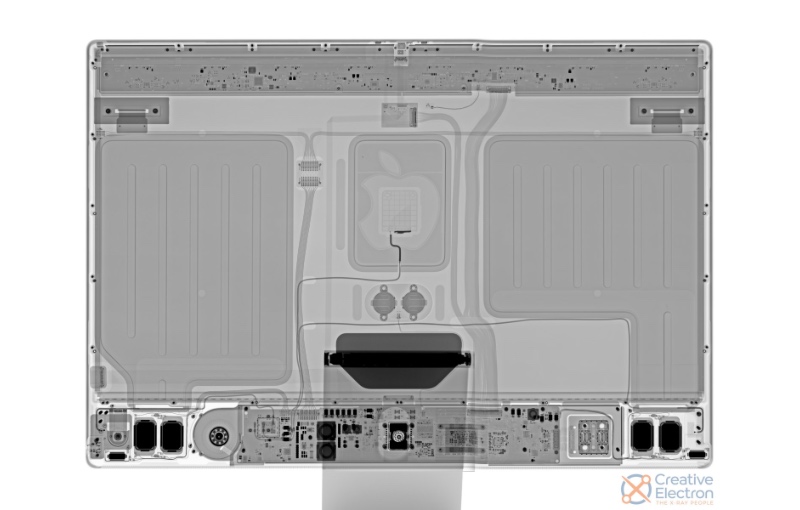 The folks at iFixit have got their hands on Apple's new 24-inch iMac and have proceeded to do their customary teardown.

It's a sign of just how far technology has come, particularly the efficiency of Apple's new chips.

As you can see from the X-ray above, the 24-inch iMac is really a display with a small computer attached to it.

Or you can also think of it as a 13-inch M1 MacBook with its 13-inch display replaced with a larger 24-inch 4.5K Retina display. 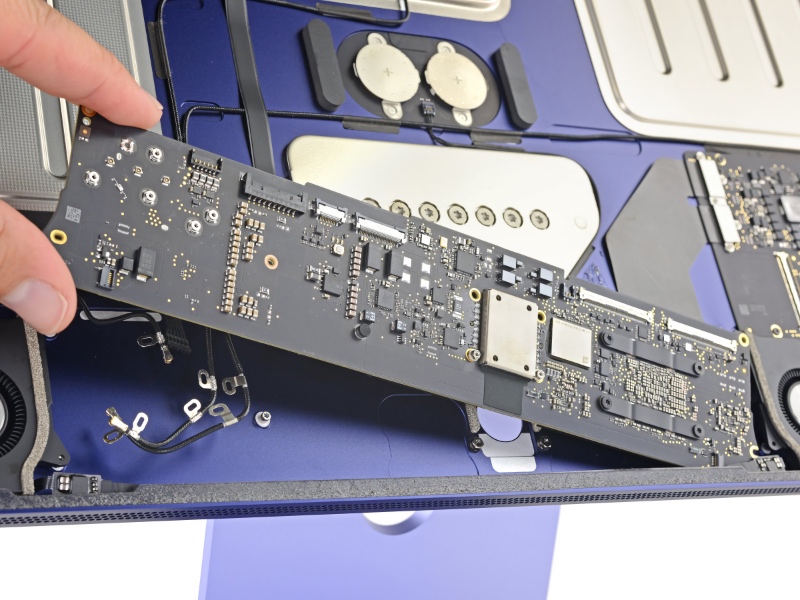 At the bottom, is a small logic board that houses the M1 chip and all of its memory and storage. There's a pair of fans for cooling and you can clearly see the iMac's speaker system at the sides.

Since everything is soldered onto the logic board, upgrades and repairs are impossible.

iFixit notes that their unit, which is the mid-range one with 8 GPU cores and four USB-C ports was made in Thailand. Our purple unit, which is a custom order configuration because it has 16GB of memory, was assembled in China.

What's interesting, however, are the two large metal plates inside. iFixit was unable to explain their purpose. X-rays also revealed two small circles near the middle which could be coin batteries.

iFixit will continue their teardown and investigate these mysterious components more closely.

We'll update this article once we hear more.

iFixit has completed their teardown of the iMac and has confirmed that the two small circles near the middle are indeed CR2016 coin batteries. While two and why in parallel? iFixit is positing that the iMac is so thin that Apple couldn't find space to fit a single CR2032 battery, which is what previous iMacs used. Yup, the 24-inch iMac is so thin that the same battery that is used in the AirTags couldn't fit.

They also reported that while the iMac comes with a 143W power supply, it typically only draws about 60W during use, which leaves a lot of room for peripherals.

Finally, iFixit is giving the 24-inch iMac a repairability score of just 2 out of 10. They say that while the fan, USB ports, headphone jack, and speakers are replaceable, accessing the internals is tedious because the only path of entry is through the display. Additionally, because everything is soldered to the M1 package, upgrades and replacements are impossible.

Read our review of the 24-inch iMac here.

Join HWZ's Telegram channel here and catch all the latest tech news!
Our articles may contain affiliate links. If you buy through these links, we may earn a small commission.
Previous Story
StarHub's new Managed SASE enterprise service provides connectivity and security to workers anywhere, including those at home
Next Story
LG and Samsung reportedly started production of OLED panels for iPhone 13