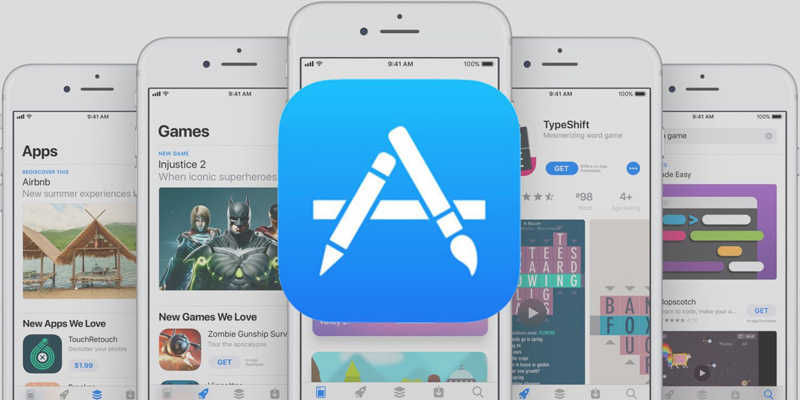 Data company Appfigures has been tracking the app economy for a while, and in their latest report they found that the total number of apps on App Store declined from 2.2 million from the beginning of 2.1 million at the year’s end.

As you can see from the graph below, the number of apps on Google Play has continued to increase, reaching more than 3.6 million by end 2017. Appfigures attributes the decline in App store apps to stricter enforcement of Apple’s review guidelines, as well as a change in technical requirements that led to the removal of many apps that weren’t updated to support 64-bit architecture. 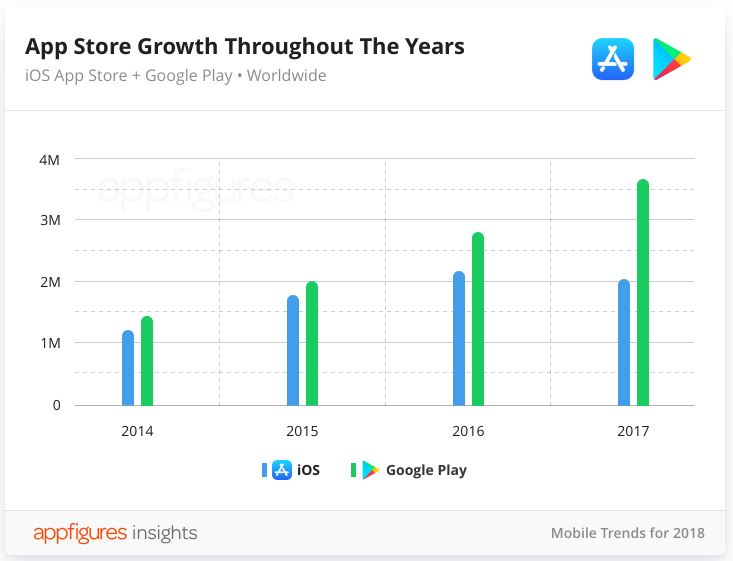 Appfigures also notes that the rate of release of apps for iOS has dropped, as only 755k new apps were released in 2017, a drop of 29% from 2016. In fact, that marks the first drop since the App Store launched in 2008. Google Play on the other hand, has seen an increase of more than 1.5 million apps in the last year alone, about 17% year on year increase. More apps are also being ported from iOS to Android than the other way around. 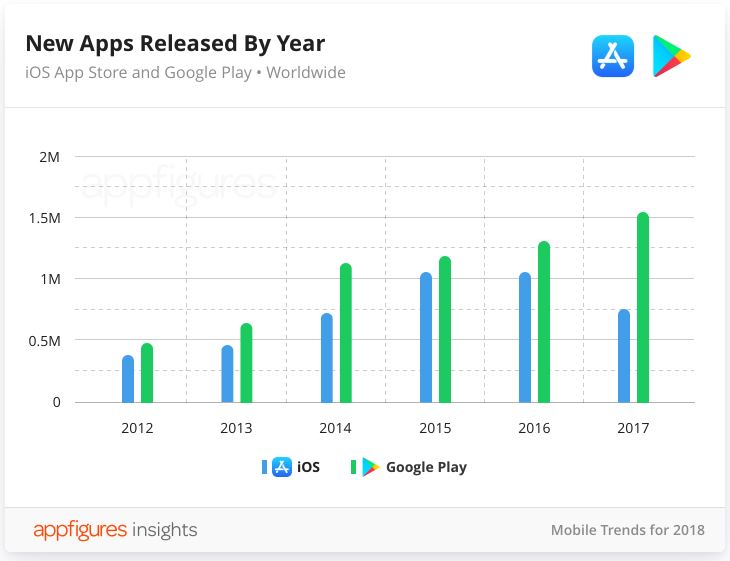 The next chart might also be of interest, as it shows us the countries releasing the most apps. As you might expect, developers in the U.S continue to lead the top 10 countries in terms of App share, but developers in China are showing good growth too, climbing to 15.9%. As expected, games proved to be the most popular category for development in all countries. 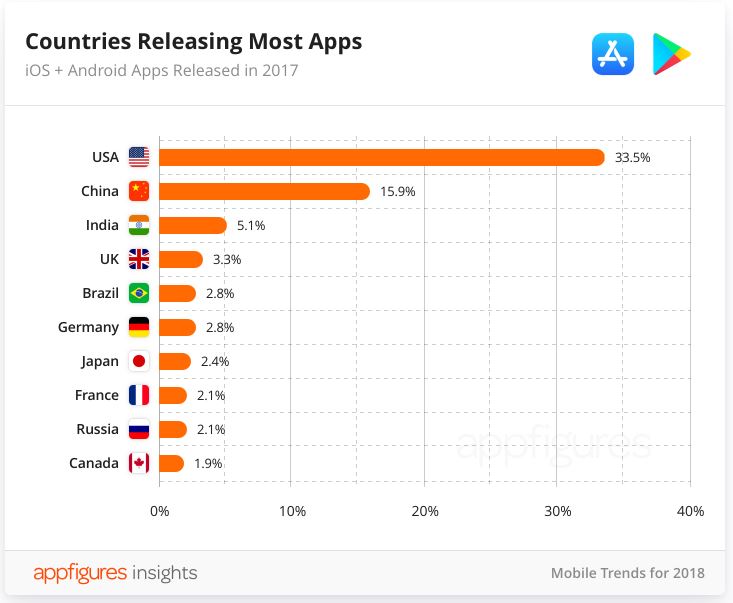