Apex Legends reveals its next Legend by murdering another Legend

Apex Legends reveals its next Legend by murdering another Legend 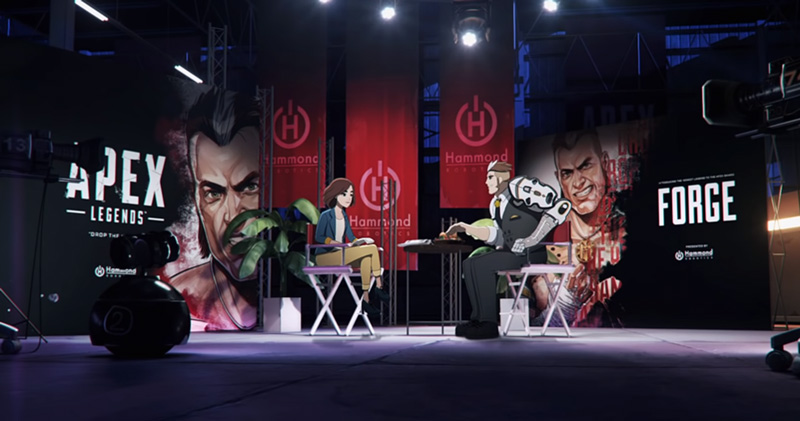 Earlier on, the Apex Legends developer revealed the newest Legend to join the Apex Games: Forge. Fans assumed that this would be the newest playable character to join the game - but that was before Forge was brutally murdered in a new trailer.

The MMA fighter was in the midst of getting interviewed during a talk show, before getting stabbed in the back by a new robotic-looking character - Revenant. Just like that, Forge’s big shot at being an Apex Legend is over before it began. However, the question remains: who is Revenant, and why did they kill Forge?

This isn’t actually Revenant’s first appearance in Apex Legends. They appeared in the game’s Halloween-themed event - Fight or Fright. Players would respawn into Kings Canyon as zombies after they were killed, while Revenant played host to the whole affair. It’s basically a sure thing at this point that Revenant will be the next playable character to hit Apex Legends when Season 4: Assimilation debuts.

For those still hoping to play as Forge, I have some bad news for you. On Apex Legends Season 4’s website, Forge’s picture is now a memorial instead of an exciting character tease. Under, “RIP Jimmie ‘Forge’ McCormick,” it says, “Never defeated (except that one time).” Forge is long gone, folks. It’s Revenant’s time to shine.

A new season for Apex Legends begins on February 4, and that means lots of new content is coming to the game; a new Legend, battle pass, weapon, cosmetics and big map changes, among others. Respawn hasn’t given us a full reveal on all of the game’s upcoming changes yet - but check back for more news when it comes.