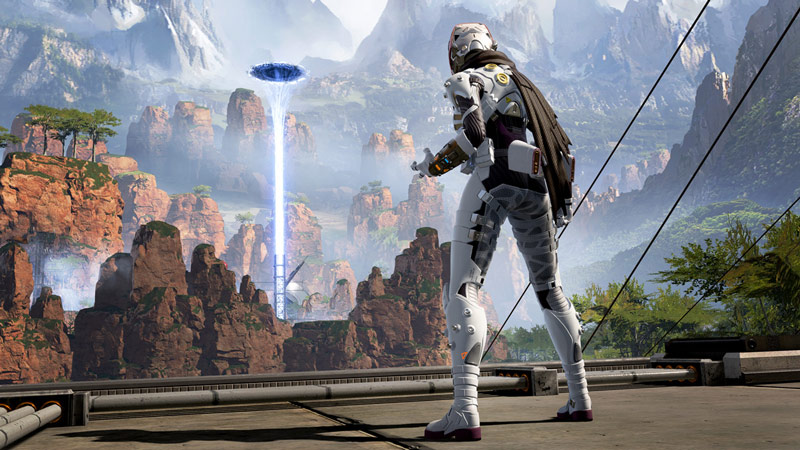 An all-new event has hit Apex Legends, changing up Kings Canyon and bringing exclusive skins, challenges and a new game mode to boot. It’s called the Voidwalker event, and is bringing something new and exciting to Kings Canyon: lore!

While the last Iron Crown Collection event did showcase an Octane town takeover, it didn’t really offer up anything new in terms of lore for our Legends. This time around, Respawn is focusing heavily on Wraith’s backstory. They even dropped an entirely new cinematic for the character yesterday.

The event will see Singh Labs popping up in Kings Canyon, as well as an enormous portal players can use to fly back up and redeploy elsewhere. This research site is tied into Project: Wraith and the cinematic from yesterday.

If you’re just in it for the skins, never fear. A brand new slate of challenges have been introduced, and you can complete them to earn new skins exclusive to the event, plus more Wraith-themed content. New cosmetics have been added to the shop as well.

On top of that, Respawn is introducing yet another Double XP weekend. From September 7 to September 10 (Singapore time), players can earn double XP - if only for Top 5 finishes and wins. That’s a bit of a bummer, but it’ll help boost your battle pass progression either way!

There’s also a new limited-time mode. The Iron Crown Collection event brought us a solos mode, but this time we’re getting something new - Armed and Dangerous. This mode has only shotguns and snipers enabled, and reduced armour loot. Essentially, you’ll have to work with plain armour, shotguns and snipers. It’ll be interesting, to say the least - but not necessarily what people were hoping for after the solos event.