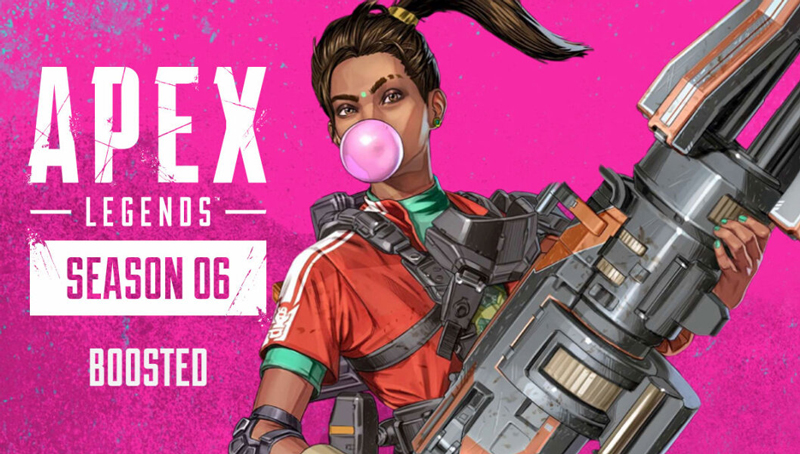 The Apex Legends are getting up to all sorts of hijinks. Again.

Watch the launch trailer for Season 6 - Boosted below:

The newest playable hero to join Apex Legends’ ever-expanding roster is Rampart, described as, “An expert modder who made her name in underground fight clubs, Rampart talks big and has the ballistics to back it up.” She comes equipped with Sheila, her creatively named minigun. Rampart is voiced by Anjali Bhimani - whom Overwatch fans might recognise as the voice of Symmetra.

The official page for Season 6 reveals all the newness coming to Apex Legends - the most significant of which seems to be a new crafting system. The page says, “Don't like your gear? Collect materials around the map and build something better!” The crafting system is otherwise being kept under wraps, but it certainly sounds promising.

Season 6 will also bring a new weapon to the Legends’ arsenal - an energy SMG called the Volt. Titanfall 2 players might remember this as a pretty handy fast-shooting weapon, only rivalled by the R-99 and the CAR. The battle pass will also return, with more legendary cosmetic items and brand-new ‘Holo-Sprays’.

Judging by the trailer, we’re not getting a new map - despite it being teased in Season 5’s story quests. However, we’ll likely see big map changes come to World’s Edge, the game’s second map.