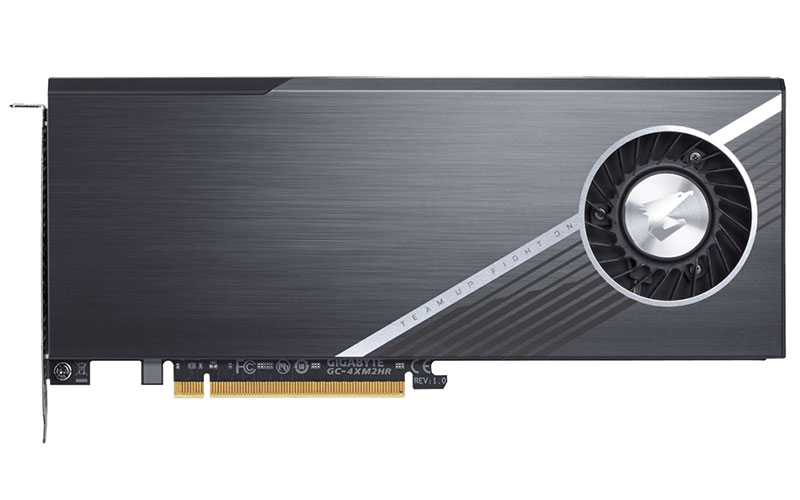 SSDs today are already plenty fast, but what if you still need more in terms of raw performance? For that, Gigabyte has the Aorus RAID SSD 2TB AIC expansion card, which it says delivers blazing fast sequential read and write speeds of up to 6.3GB/s and 6GB/s respectively. It features four 512GB NVMe M.2 SSDs in a RAID 0 array, and it's intended to be a quick, hassle-free way to upgrade your storage configuration.

The card itself occupies just a single slot, so it shouldn't get in the way of your graphics card. In addition, it is actively cooled, featuring a 50mm blower-style fan that dumps hot air out the back of your case. The M.2 SSDs themselves are sandwiched between high-conductivity thermal pads, and a large heatsink sits on top of all four of them, helping channel heat away and keep them cool. The RAID controller also has its own dedicated heatsink, so Gigabyte is paying attention to all the key components.

There are even nine built-in temperature sensors to let you monitor SSD and RAID controller temperatures in real-time. The Aorus Storage Manager software will also let you pick between three fan operating modes – Performance, Balanced, and Silent – to suit your workload. 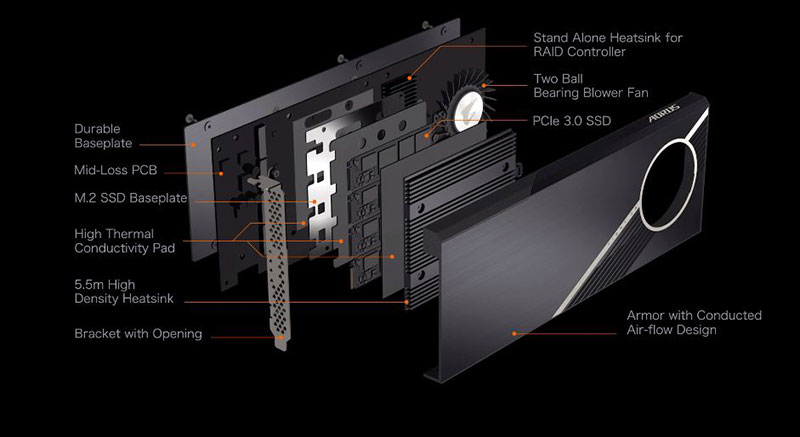 However, while the drives come pre-configured in RAID 0, they are each presented to the system via an intelligent Marvell NVMe switch. This means that there is support for RAID 1 and RAID 10 as well, should you want data redundancy features or simply the best of both worlds. That said, the switch only has eight PCIe 3.0 lanes available to it, so each SSD can only take advantage of two lanes. You can choose between RAID 0, 1, or 10 in the BIOS settings, but it is also possible to enable software RAID 0 through the Aorus Storage Manager.

The Aorus card will work with Intel's X299 and Z390 platforms and also AMD's TRX40 and X570. Most people won't need the speeds it serves up, but it wasn't meant for the average user anyway. Gigabyte is going after video editors, 3D file creators, and engineers here, where it could be especially useful for Intel users who have yet to enjoy support for next-generation PCIe 4.0 drives.