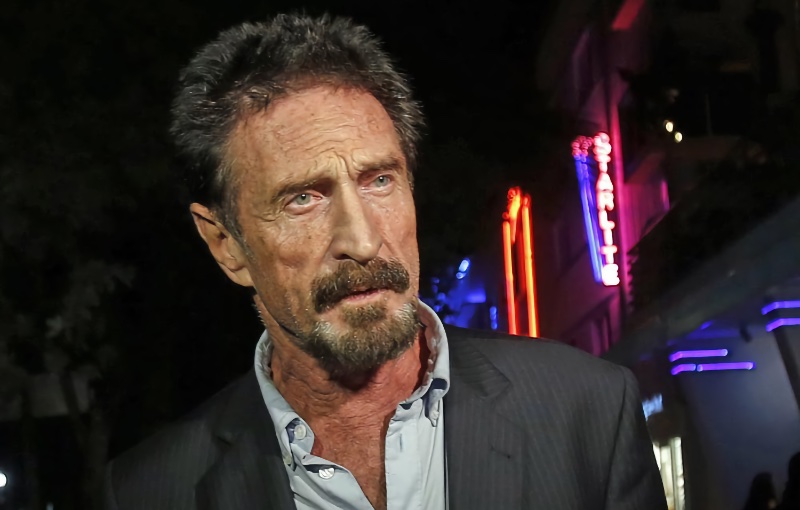 Online reports say that John McAfee, the creator of McAfee antivirus software, was found dead in his Barcelona prison cell in an apparent suicide hours after his extradition to the United States on tax charges was approved.

Additionally, CNN said that the US Department of Justice allege that he and a business partner participated in a scheme that earned more than US$13 million by falsely promoting cryptocurrencies to unwitting investors.

The tech pioneer has been having difficulties since selling his company to Intel in 2011 for US$7.68 billion. Intel spun it off into a new company McAfee after attempts to fold it into its larger security division failed.

The AP report added that Jaime Le, a McAfee company spokesperson, said in a statement:

Although John McAfee founded the company, he has not been associated with our company in any capacity for over 25 years. That said, our thoughts go to his family and those close to him.

Before his arrest in Barcelona in October last year, McAfee had lived in Lexington, Tennessee, a rural town of about 7,800. He had moved back to the United States after spending time in Canada and Guatemala. He also left Belize where he had become a person of interest in the death of a friend.

His last tweet was a retweet of a Father’s Day message his wife had sent him on 20 June.

Join HWZ's Telegram channel here and catch all the latest tech news!
Our articles may contain affiliate links. If you buy through these links, we may earn a small commission.
Previous Story
Logitech's new Combo Touch keyboard is now available for the 4th-gen iPad Air
Next Story
The next iPhone SE could be Apple's most affordable 5G iPhone