Antec is presenting some of its innovations at the Computex 2014, including Performance One and ISK series of enclosures, and the in-house designed Kühler H2O liquid CPU coolers. A compact Micro-ATX case, the ISK600M chassis is made of 0.8mm cold-rolled steel, and features a brushed aluminum front panel. It has the ability to house graphics cards up to 11.5-inch in length, a CPU cooler with a maximum height of 17cm, and six drive bays (three 3.5-inch bays, three 2.5-inch bays, and one bay for a slim optical drive). A total of four fan mounts - three 120mm, one 140mm - ensure sufficient cooling. The casing can serve as a conventional PC, a gaming rig, or a home theater device and media center.

Like the rest of the models in the Performance One series, the P380 is equipped with double-layered noise-dampening side panels, creating a system that's almost inaudible even when the fans are spinning at a high speed. Compatible with CEB and standard ATX motherboards, its aluminum front panel features two well-placed USB 3.0 and USB 2.0 ports, and audio in/out jacks. Also, the case boasts one slim optical drive bay, three anti-vibration 3.5-inch removable drive cages (nine 3.5-inch HDD bays), and a special 2.5-inch HDD/SDD drive cage. All three models - H2O 650, 950, and 1250 - are equipped with high-quality copper cooling plates for heat transfer, and an extra-large built-in radiator pump for efficient transport of fluid through the heat sink. On top of that, the integrated PWM fans adjust speed according to the temperature. 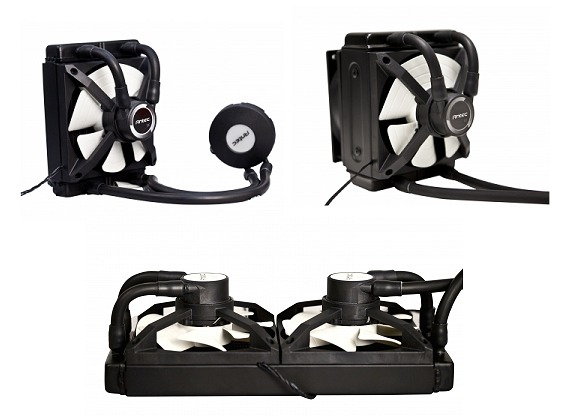