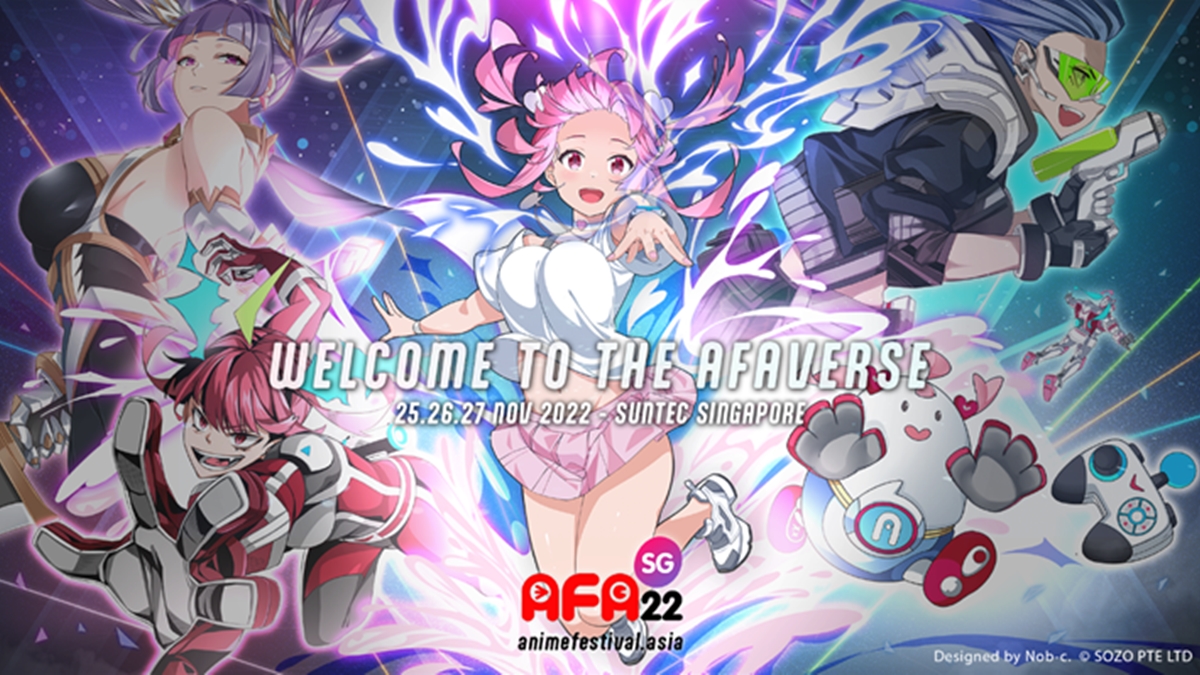 Well, it seems like many wallets won't be safe this year, mine included.

After a lengthy two-year hiatus due to the pandemic, Anime Festival Asia Singapore 2022 is finally returning for a physical event at the Suntec City and Convention Centre from 25-27 Nov. Although this year's iteration of the popular anime convention arrives with the usual (and immense) lineup of products, merchandise, and collectibles, they arguably pale in comparison to the talents that will be making an appearance.

Notably, the list of personalities - at least, those that have been announced at this time, can be split into two categories. The first of these are concert performers, which currently includes Junna, May'n, and nanawoakari, among several others. They'll be performing as part of the I Love Anisong segment on the night of 27 Nov, Sunday. 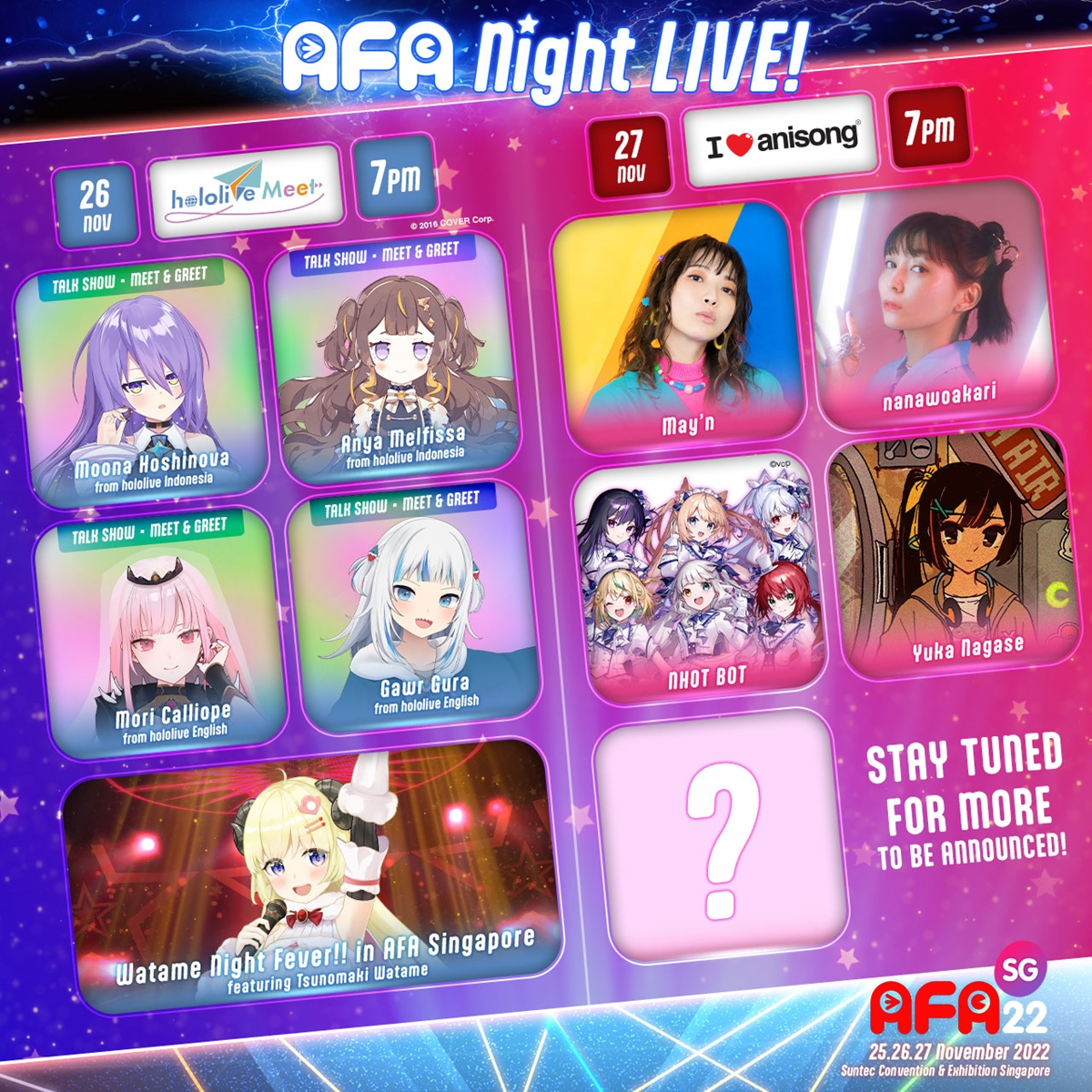 For those who aren't familiar with V-tubers, the term is short for "virtual YouTuber". These animated characters are voiced by real (but unknown!) people from all across the world, and they do stuff that normal streamers generally do but as their particular characters, including singing, gaming, and other fun activities.

As for their segment details, the aforementioned four will be conducting a special Meet and Greet session-cum-talk show on the night of 26 Nov, Saturday, with some lucky fans at the convention (selected through ballot). Additionally, a fifth talent from the hololive 4th-Gen roster, Tsunomaki Watame will also be conducting a full 3D live concert of her own - Watame Night Fever that same evening, so make sure not to miss out on these rare opportunities.

As with previous iterations, AFA Singapore 2022 is a ticketed event, and people have already started snapping up VIP tickets for the convention and respective concerts. To purchase tickets, you can either hop over to the official AFA page for more details or purchase them on-site at the entrance. Either way, it's been way too long since we've had a physical AFA event, so feel free to treat yourself a little this November.

Join HWZ's Telegram channel here and catch all the latest tech news!
Our articles may contain affiliate links. If you buy through these links, we may earn a small commission.
Previous Story
Proprietary components and Qualcomm modem enable satellite feature on iPhone 14
Next Story
Classic JRPGs Suikoden I and II are both getting HD Remasters in 2023