Android Wear 2.0 will be launched early next month

Android Wear 2.0 will be launched early next month 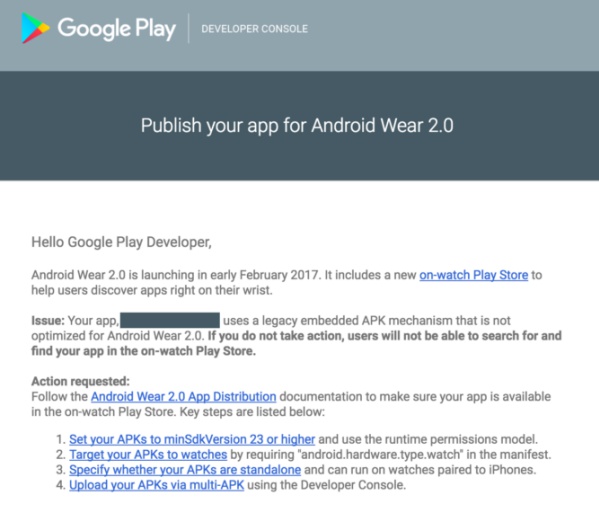 Months after delaying its launch, Google has notified developers that Android Wear 2.0 will be launched in early February which is a few weeks from now!

In a note to developers, Google recommends developers to set their APKs to minSdkVersion 23 or higher. Developers who continue to use the legacy embedded APK mechanism will find that their apps won't show up on the on-watch Play Store.

Google is likely to launch a pair of new smartwatches alongside Android Wear 2.0. The two smartwatches are said to sport circular displays and Google Assistant integration.

Join HWZ's Telegram channel here and catch all the latest tech news!
Our articles may contain affiliate links. If you buy through these links, we may earn a small commission.
Previous Story
Singtel upgrades its 4G network top speeds to 450Mbps
Next Story
Windows 10 to get a Game Mode to maximize gaming performance