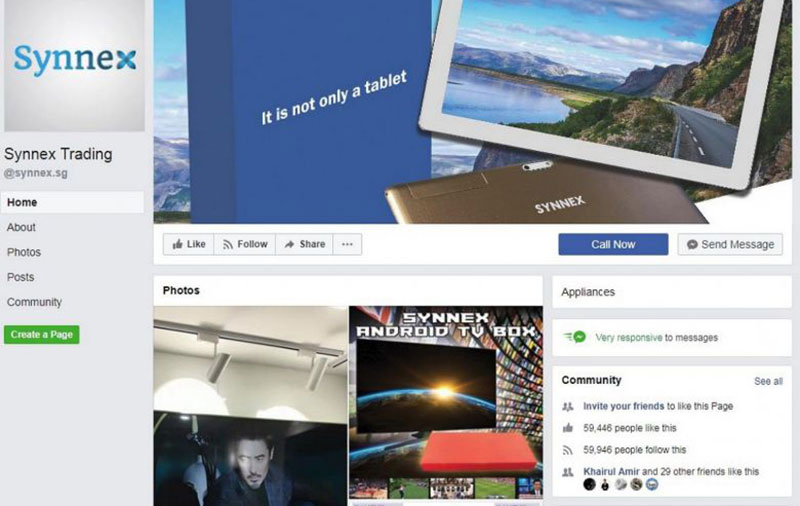 This article is contributed by Irene Tham and first appeared in The Straits Times, an SPH publication, on 12 Jan 2018.

Two Android TV box sellers in Singapore are being taken to court in what could be a landmark case for piracy involving the use of media streaming boxes.

Local retailer Synnex Trading and its director Jia Xiaofeng, and trading firm An-Nahl and its director Abdul Nagib bin Abdul Aziz will be charged in court on Friday (Jan 12), according to a hearing list on the State Courts' website.

These boxes - also known as Android TV boxes as they run on the Android smartphone operating system - often come preloaded with apps that can access pirated content, and have been the scourge of pay-TV operators and content publishers. Each box goes for as little as $219, as marketed on Synnex's Facebook page.

According to the hearing list, the offences relate to Section 136 (3A) of the Copyright Act, which involves the accused wilfully infringing copyright to obtain a commercial advantage. It carries a jail term not exceeding six months, a fine of up to $20,000 or both.

The case would be the first time the legality of the ubiquitous media streaming boxes come before the courts.

Lawyers told The Straits Times that this was unlikely to be a straightforward case as the act of selling the boxes and installing apps to access pirated content does not fall squarely in the provision.

Mr Neil Kevin Gane, general manager of the Coalition Against Piracy, was listed as the complainant on the State Courts' website.

The Coalition Against Piracy was formed in October last year (2017) by video content creators and distributors in Asia to fight against piracy. Its members include the Cable and Satellite Broadcasting Association of Asia (Casbaa), which in turn lists StarHub and Singtel as members, as well as entertainment content publishers The Walt Disney Company, Fox Networks Group and HBO Asia.

The criminal proceeding appears to have come after years of lobbying the local authorities, with no success, to conduct raids on Android TV box syndicates.

The latest study on piracy in Singapore, commissioned by Casbaa, revealed that two in five people in Singapore were actively tuning in to pirated content, and many of them do so via media players that let them stream online content to their television sets.

"These boxes are sold for the purpose of piracy. They come pre-loaded with apps to help people stream illegal content," Mr John Medeiros, Casbaa's chief policy officer, had said.