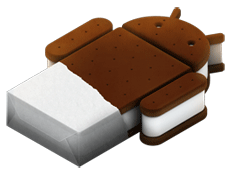 With the release of Android's latest Ice Cream Sandwich (ICS) OS, it is no surprise that existing Android users are wondering if their phones will get updated to the ICS.

According to Engadget, Google's Gabe Cohen has confirmed that Nexus S owners will definitely be getting the ICS update. In addition, he felt that most Gingerbread phones will likely receive the update as well. However, it is unfortunate that there is no clear plan at the moment for Nexus One devices to receive the update.

Engadget - We've just heard straight from Google's Gabe Cohen that the Nexus S will definitely be getting ICS. In fact, both he and Matias Duarte think most Gingerbread devices will see an upgrade, saying: "Currently in the process for releasing Ice Cream Sandwich for Nexus S. Theoretically should work for any 2.3 device."

HTC, on the other hand, has released an official statement following the announcement of ICS. The company stated that it will be examining the OS's new features and functions before making a decision on its upgrading plans.

Engadget - "Our goal for Android updates is to give every customer an improved user experience, which means balancing each phone's unique hardware, HTC Sense experience and the Android kernel. While our goal is to upgrade as many of our recent devices as possible, we are committed to maintaining every phone's performance and usability first. Please stay tuned for more updates on specific device upgrade plans."

ICS is touted to be Google Android' s answer to the platform fragmentation issue and we certainly hope that the ICS update can be pushed to as many Android devices as possible.