Android 7.1.1 update available for the Galaxy S7 and S7 edge in January

Android 7.1.1 update available for the Galaxy S7 and S7 edge in January 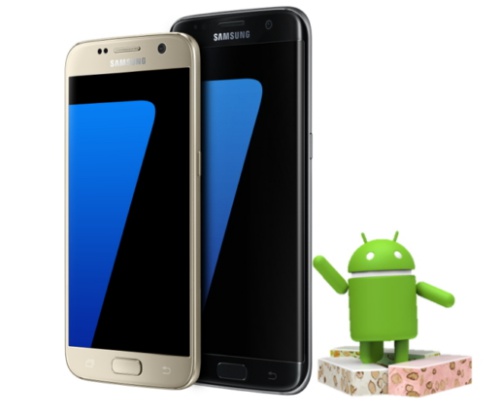 More than a month after launching the Android 7.0 Galaxy Beta Program, Samsung will be ending it on 30th December at 0000 hours (U.S time zone). In its beta notice to members of the program, Samsung also revealed that it would be doing its best "to distribute the official version in January as soon as possible".

Samsung also thanked the members for their interest and affection shown during the Galaxy Beta Program. It will try to include all the useful feedback obtained by the members in the Android 7.1.1 Nougat update.

Nexus devices received the Nougat update from late August while the LG V20 is the first non-Nexus/Pixel phone to ship with the latest Android OS. HTC and Motorola stated that the HTC 10 and some Moto phones would receive the Android 7.0 update from this quarter.

Join HWZ's Telegram channel here and catch all the latest tech news!
Our articles may contain affiliate links. If you buy through these links, we may earn a small commission.
Previous Story
HTC's next flagship phone to have a better DxOMark score than the Google Pixel?
Next Story
X'mas Gift Idea 10: An easy-to-use camera you can bring everywhere with you