It wasn’t that long ago when the Google team dropped Android 13’s first developers’ preview, and the operating system is well into the second phase of beta testing.

In a blog post, the Android development team shared that Developer Preview 2 will see greater attention paid to apps that demand notification permissions. This is on top of adding new APIs and declarations that make it easier for app developers to help users safeguard privacy, as well as new tweaks that generally give developers an easier time to build an Android 13 app.

Aside from these updates, the developer resource portal also got an update for battery resource utilisation rules. In a nutshell, Android 13 will take a user-first approach in deciding whether an app needs to be running all the time (in the foreground or background). 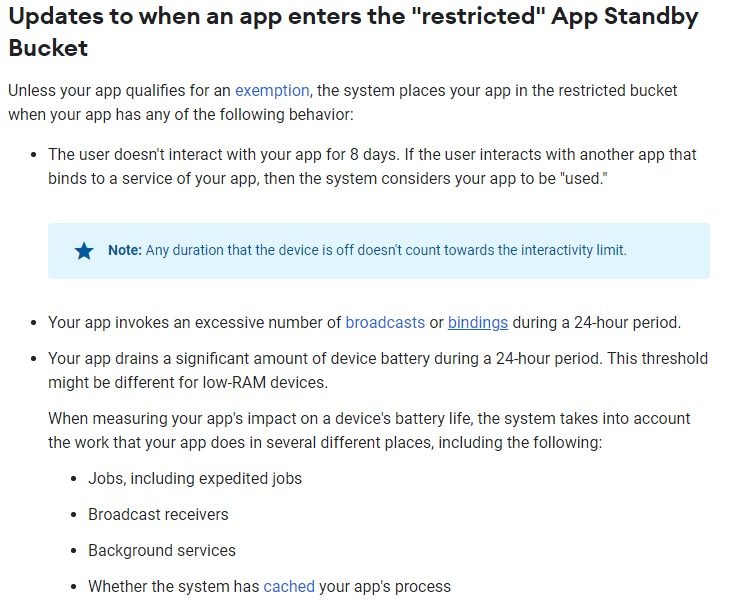 If a user hasn’t interacted with an app for eight days, or if it’s excessively draining battery life, the app gets banished to a “restricted” app standby bucket. User interaction with the app reverses that decision, alongside certain app exemption rules.

In a way, the new battery management rules make it harder for apps to do invisible tasks without the user knowing while helping Android users conserve device battery life without needing to reach out to third-party battery tools. Of course, if the app is actively used (which implies practical functionality or a high-quality app), app developers have nothing to worry about beyond making their work compatible with Android 13.

Join HWZ's Telegram channel here and catch all the latest tech news!
Our articles may contain affiliate links. If you buy through these links, we may earn a small commission.
Previous Story
StarHub has now completed the deal to buy majority stake in MyRepublic business (Updated)
Next Story
The Black Shark 4 Pro gaming phone is finally available in Singapore