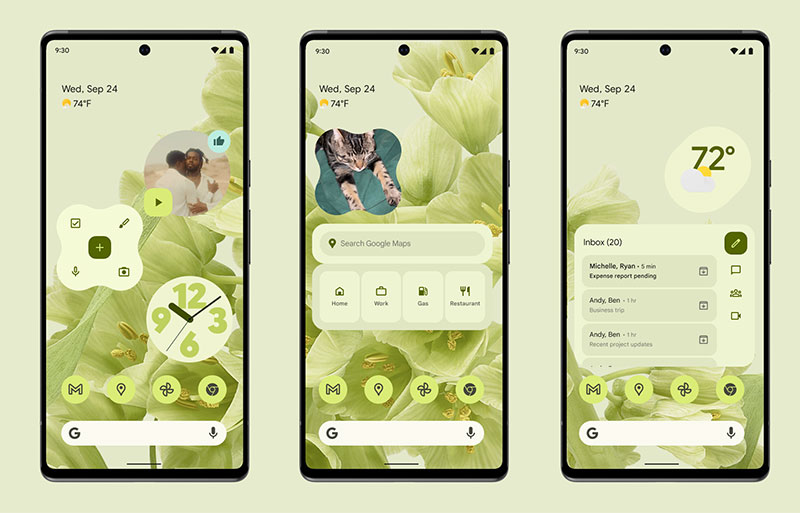 As Google’s Pixel 6 and Pixel 6 Pro announcement went live, so did Android 12 for eligible Pixels, with the oldest being the Pixel 3.

Technically speaking, Android 12 has been officially released for some time, with the stable’s source code being published on Google’s AOSP repository. However, the update was conspicuously absent on Pixel phones, mentioning that it would be pushed out to devices ‘in the next few weeks’.

Now that those few weeks have passed, it seems like the timing of Android 12’s push to Pixels was made to coincide with the release of the Pixel 6 lineup.

Android 12 for Pixel sees a revamped UI, named Material You, based on the principle of personalisation. Aside from new, redesigned widgets, Material You features Colour Extraction, where colours from the wallpaper are picked to form the UI’s colour palette. The release also sees other features related to privacy controls, like a camera and microphone indicator, and convenience features like scrolling screenshots.

It’s worth noting though that Colour Extraction on Material You seems to be a Pixel-only feature for now, with Google’s blog post calling it a ‘Pixel first’, though they note that it’ll be coming to more devices soon.

Other manufacturers have begun the trek to push Android 12 on their devices as well. Oppo’s ColorOS 12, which the company revealed earlier this month, features similar wallpaper-based theming, along with new animations based on its Quantum Animation Engine 3.0. Samsung has also pushed out a public beta for One UI 4, beginning with Korean users, earlier in September. In its blog post, Google also mentioned the update being pushed out to OnePlus, Oppo, Realme, Tecno, Vivo, Xiaomi devices later in the year.

Join HWZ's Telegram channel here and catch all the latest tech news!
Our articles may contain affiliate links. If you buy through these links, we may earn a small commission.
Previous Story
Netflix's first Cowboy Bebop teaser takes the crew on a campy bounty hunt
Next Story
Google launches Pixel 6 and 6 Pro, bringing out Google's chipset capabilities (updated)