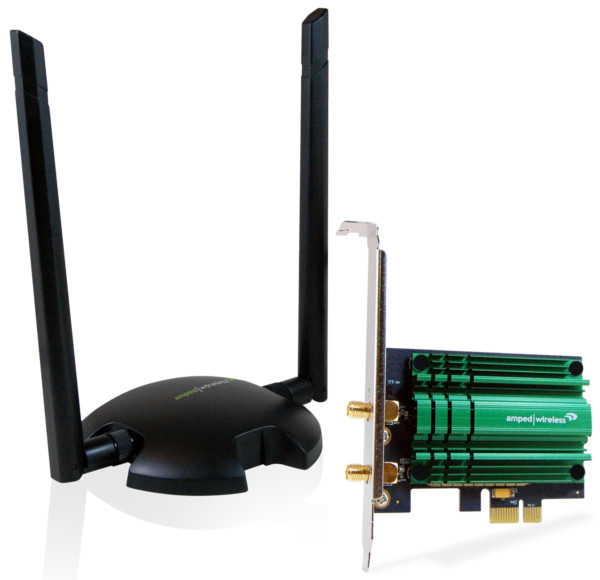 Designed to add long-range Wi-Fi connectivity, the new Wi-Fi adapter integrates the 802.11ac Wi-Fi technology for demanding applications such as streaming HD video and online gaming. It features two high gain dual band antennas and four amplifiers for up to 500mW of wireless output power. Providing up to three times the range of standard Wi-Fi adapters, it's backwards compatible with 802.11a/b/g/n networks, and connects using PCIe for simple installation.

It also includes the Wi-Fi Analytics Tool App that provides advanced software applications for Android and Windows devices in order to assist in analyzing and optimizing Wi-Fi networks for maximum speed and coverage.

Amped Wireless will be exhibiting the PCI20E along with other long-range Wi-Fi products at Booth #36061, South Hall 4, at the Las Vegas Convention Center until 10 January.