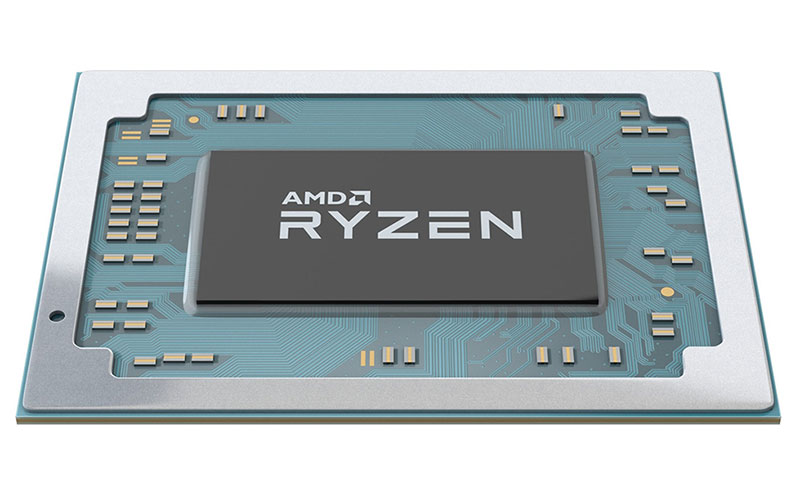 But those have mostly focused on desktops and the high-end enthusiast and gaming market. Now, AMD has set its sight on laptops with its Ryzen mobile processors which feature integrated Radeon Vega graphics.

The Ryzen mobile chips use AMD’s Infinity Fabric interconnect to link both Zen and Vega on a single piece of silicon, and it says this method offers higher bandwidth and lower latency than the PCIe interface. Infinity Fabric links together six components in total, including the Zen CPU Complex (CCX), Vega GPU, multimedia engine, display engine, DDR4 memory controllers, and the I/O and System Hub. One benefit of this approach is modularity, where AMD can replace one of these components with something more suitable, such as swapping out the DDR4 memory controller for a lower power LPDDR4 one in the future.

AMD has announced just two chips so far – the Ryzen 7 2700U and Ryzen 5 2500U. Both of them are 4-core/8-thread parts, but unlike the quad-core Ryzen 3 processors on desktop which use two dual-core CCXs, they use just a single Zen CCX with four cores. In the shot of the Ryzen mobile die below, the Zen CCX shows up as the orange rectangle on the left, while the Vega Compute Units (CUs) are the blue rectangle on the right. This lets the chips avoid the increased latency that can come about when two CCXs need to communicate with each other. 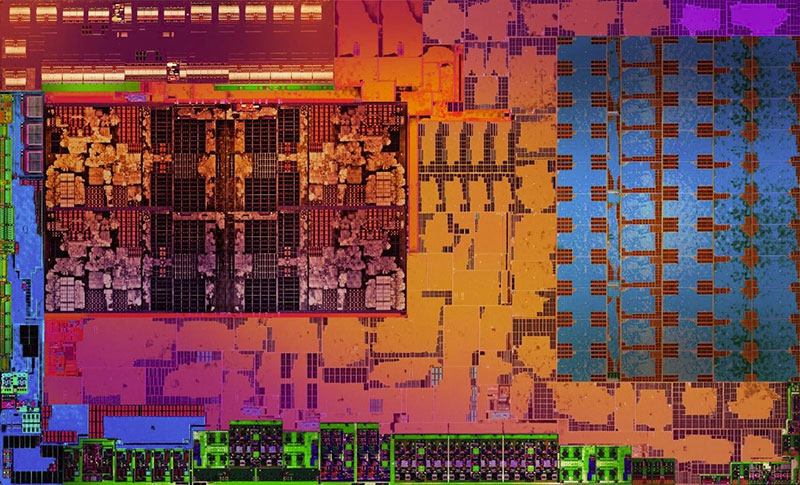 Thin and light notebooks aren’t usually associated with gaming performance, but AMD's goal is to deliver smooth and playable frame rates at 1080p in popular e-sports titles like League of Legends, Overwatch, Counter-Strike: Global Offensive, and Dota 2 to these devices.

Here’s a look at their specifications:

Previously codenamed Raven Ridge, the new mobile APUs come with some updates to the Zen core and its SenseMI features, the latter of which includes things like Precision Boost, Pure Power, and Extreme Frequency Range (XFR).

The new Precision Boost 2 technology adopts a new turbo frequency model. Instead of sensing how many cores and threads are under load, and working from there to determine voltage, the frequencies on Ryzen mobile chips are based on CPU temperatures, current, and load.

In addition, it also considers other inputs such as data from skin temperature sensors and battery life.

AMD describes this new algorithm as being more opportunistic, where the chips will provide the best possible turbo frequency, regardless of the number of threads being used. 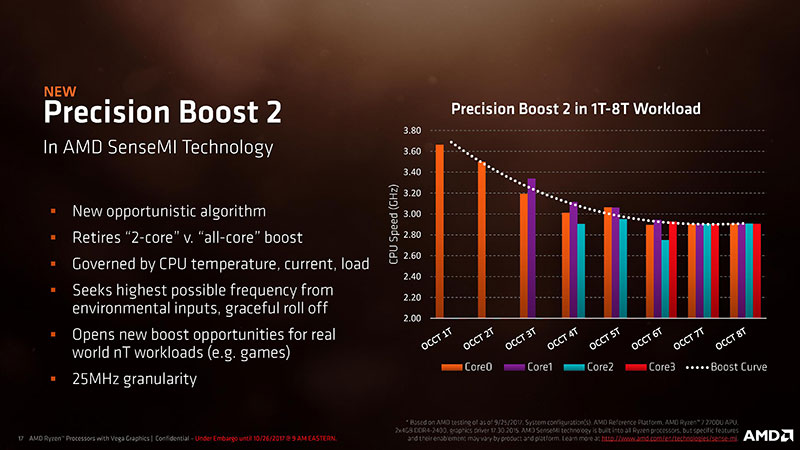 Like their desktop counterparts, Ryzen mobile processors can take advantage of granular 25MHz adjustments. This means that you won’t see large speed drops in cases where more cores are loaded, thus allowing the system to maintain a higher frequency and better performance.

However, XFR won’t be available on most Ryzen mobile chips in laptops, due to the limits on temperature, battery, and power. That said, a variant of the technology, called mobile XFR (mXFR) will be selectively available to venders who overengineer their designs to support higher power draws.

Ryzen mobile also utilizes per-core frequency and voltage algorithms, which allow fine-tuning of voltage and frequency for each core and the GPU based on external sensors, available power, and current load. 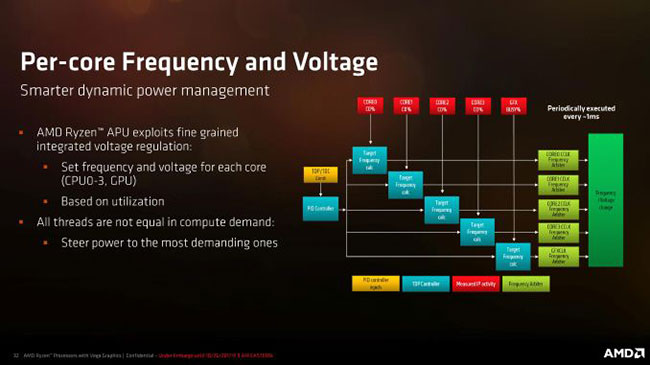 More impressive is the graphics performance, with AMD claiming performance on par with NVIDIA's GeForce GTX 950M discrete mobile GPU. This is a lot more powerful than the integrated graphics on Intel's new 8th-generation chips, although cores on the latter can boost up to 4.2GHz.

Manufacturers are already readying laptops with the new chips, and you'll find them first in refreshed versions of the HP Envy x360, Lenovo IdeaPad 720S, and Acer Swift 3  coming later this year. The Swift 3 is also one of the few devices to be able to take advantage of mXFR, and it's designed with a 25W CPU in mind.

Join HWZ's Telegram channel here and catch all the latest tech news!
Our articles may contain affiliate links. If you buy through these links, we may earn a small commission.
Previous Story
Secretlab's refreshed Omega and Throne chairs are better built and more affordable than before
Next Story
The HP Sprocket 2-in-1 is a portable printer and camera rolled into one