AMD's Journey so Far and the Road Ahead

AMD's Journey so Far and the Road Ahead

AMD Singapore held a update session for local media yesterday and we had the chance to hear  Sasa Marinkovic, Head of Desktops and Fusion Software, Product Marketing at AMD deliver this media update. He touched on the achievements of AMD with respect to its successful product launches, paying particular attention to their Fusion APUs as well as the Bulldozer processors of the FX lineage. He touched on the AMD's commitment to heterogeneous computing platforms with its Fusion APUs that can power devices that run the gamut from embedded systems to desktops. Their focus on computing productivity for the user and energy efficiency for the computing system underscores that commitment. Sasa also spoke about the exciting developments on the PC gaming front especially with the release of Battlefield 3. 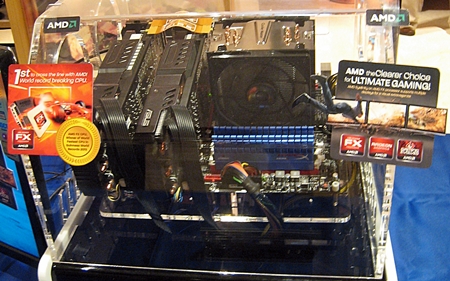 Following the end of the presentation by Sasa, we had the chance to see the AMD CPU Water Cooler that will come bundled with the FX-8150 Black Edition processor in an enthusiast's kit. We have not received any updates on its local price or its availability. The cooler is manufactured by Asetek and carries AMD's brand name. It looks identical to the Intel Active Thermal Solution RTS2011LC that was launched together with its Core i7-3960X CPU. The FX processors do ship with a stock CPU air cooler but since this family of processors come unlocked, AMD's offering of its own liquid cooling solution is a nod to overclockers and power users who have the need to push these processors to higher clock speeds. 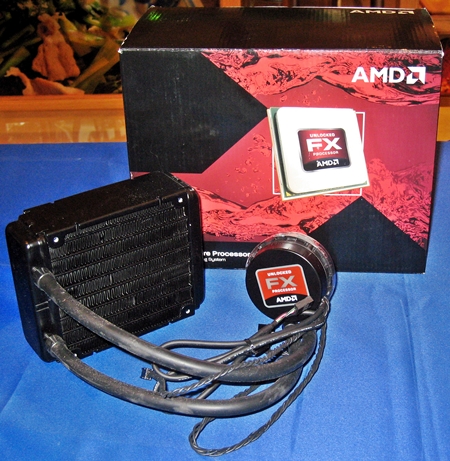 Sasa opened the floor to the attendees and he fielded questions pertaining to specific development within the company itself to trending questions about the direction of PC gaming in the next two years. With regards to rumors about AMD's switch of fabrication plants from GlobalFoundries to TSMC, Sasa replied that AMD is committed to both companies to ensure a continual supply of its processors and chips. AMD understands the concerns of enthusiasts and assured that it wouldn't affect availability of their products. Terry Makedon, Manager of Software Marketing at AMD, added that TSMC and GlobalFoundries are fabricating different series of the APUs and this arrangement complements AMD's business plan and its commitment to each product's roadmap. Besides hearing Sasa delivering the media updates, we also had the opportunity to chat with Terry afterwards and he spoke with regards to the development of VISION Engine and Catalyst Software for the different technical requirements of its AMD Fusion and discrete Radeon GPUs. He also shared that with AMD's development of the Fusion APUs, the number of hardware engineers had to be increased for the APU's development while the number of software engineers working on driver development stayed roughly the same. This is because the drivers and programs developed by software engineers work with the on-die GPUs of the Fusion APUs as well as the discrete Radeon GPUs.

At the end of the chat session with the AMD managers, the mantra that was chanted throughout was the forward looking statement on how the performance of the FX processors will be better with the release of Windows 8 and other multi-threaded software that will leverage on the Bulldozer architecture. The managers were both upfront of the current shortcomings of the CPU architecture but they were upbeat with what the future holds for the FX processors and the choice of its architecture.