Here's how much AMD's X570 motherboards cost in Singapore (Updated)

Here's how much AMD's X570 motherboards cost in Singapore 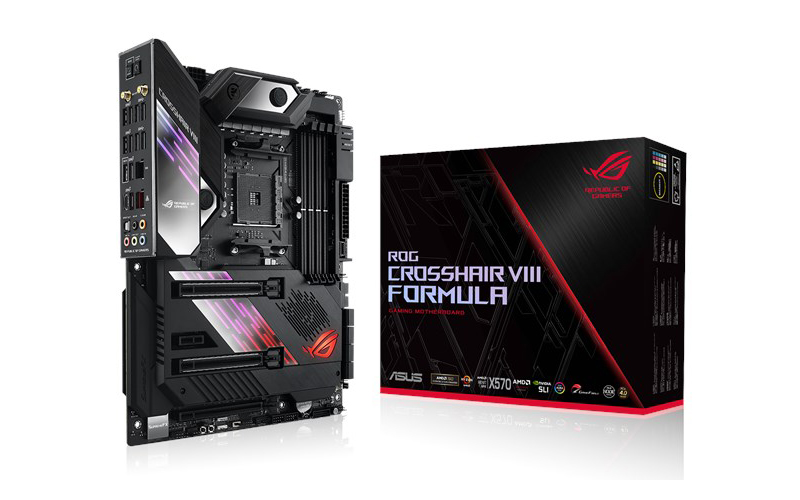 AMD's Ryzen 3000 processors stormed onto shelves on 7 July to a stream of largely positive reviews. They're hardly perfect, but the consensus seems to be that they offer great performance and bang for your buck, especially when compared to the Intel Core i9-9900K. But to make the most of Ryzen 3000, you'll also need an X570 motherboard, which supports PCIe 4.0.

However, while the Ryzen 3000 chips may excel in terms of performance-per-dollar, the X570 motherboards will still cost you a fair amount. In June, MSI CEO Charles Chiang talked about how X570 would be priced higher, due in large part to the inclusion of PCIe 4.0. The X570 chipset also draws more power, so board makers have also taken to implementing active cooling solutions, which further adds to the cost. Finally, X570 also sees the introduction of new and higher-end models that echo AMD's ambitions to conquer the high-end CPU market.

Chips like the 12-core Ryzen 9 3900X are really fast, so why not offer a slate of premium motherboards as well?

Having said that, we've rounded up a list of the X570 motherboards you can buy here and their local prices:

For motherboard and processor bundle prices from stores, you can refer to our price lists here.

It's worth mentioning again that AMD's 400-series motherboards will also work with Ryzen 3000, so you don't necessarily have to shell out for one of these to enjoy Ryzen 3000.

Join HWZ's Telegram channel here and catch all the latest tech news!
Our articles may contain affiliate links. If you buy through these links, we may earn a small commission.
Previous Story
You may be able to get PCIe 4.0 on these ASUS X470 and B450 boards
Next Story
The Canon imageCLASS MF746Cx is a 27ppm laser printer that comes with tiny apps to simplify your printing routines